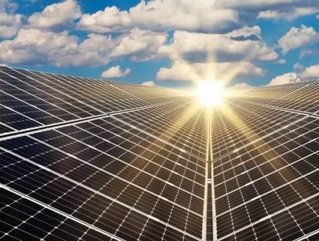 As part of a spate of global acquisitions, SunEdison will be purchasing a significant interest in a diversified portfolio of energy projects in South Africa in what must surely be a move to capitalise on the recent power outages which have engulfed the country.

SunEdison is an American company that leads the world in global solar solutions; alongside solar power facilities, the company manufactures a range of industry specific silicone products. As part of the agreement, SunEdison will assume management responsibilities for the power plants beginning one year after the transaction closing date.

The company has signed an agreement to buy a 70 percent interest in a diversified portfolio of projects with a renewable energy company with a gross capacity of 34 MW AC. These consist of two 7.5 MW AC solar plants in the Northern Cape of South Africa and an 18.9 MW AC wind farm in the Western Cape

These facilities have been contracted under a 20 year fixed price PPA with Eskom, South Africa's largest state-owned power utility. ESKOM has been undertaking large-scale maintenance on its ageing grid network and has implemented mass load-shedding in order to take the strain of its stretched resources.

MORE ON ESKOM FROM ABR:

Alongside its share purchases in South Africa, SunEdison has acquired renewable projects in peru, Chile, Brazil, China, and Uruguay. This shows that the company not only recognises the economic viability of projects in developing markets, but also sees these as financially critical to securing a renewable future for the world.

It is becoming clear that renewable energy interventions from both the private sector could be exactly what the country needs in order to remain competitive in the face of globally fluctuating fuel costs and perpetually increasing demand.