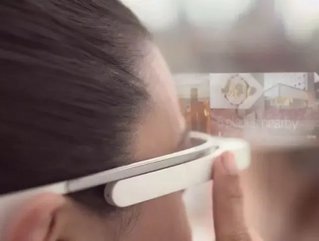 What gadgets should you be trying out in 2015? Take a look at 10 of the coolest purchases on the market, from anti-gravity platforms to the latest iPhone, finishing off with a look into the rapidly popularising domain of wearable technology.

Floating hamsters anyone? The Anti-Gravity Platform from Firebox will mystify – and it's also good fun.  The ultimate desktop toy, it will lift anything up to 85g into thin air. It is driven by electromagnets (so keep clear of laptops and computers).  It comes with lights and a globe just to get you started. Cost: £85 (€107).

Headphones, essential kit for music aficionados. Soundsight gives you that little bit extra.  Record videos up to a spec of 720pHD, or take photos as you move around.  This is contemporary interconnectedness writ large – hey Facebook/Twitter friends look what I saw today while out jogging. The headphones have an 8GB memory, a Bluetooth connection, and a range of 16 to 20k MHz. They come with standard app to download and edit your tunes. Cost: £290 (€371).

How important is YOUR memory stick? The Ironkey is an encrypted, password protected memory stick developed for Homeland Security.  It also comes in a case which passes military standards.  Guaranteed to protect your data from terrorists, spies, or curious children.  And, all for £70 (€89).

Invented by Jonas Pfeil, this little gizmo will take your image taking to new heights. It has an amazing 108 megapixel resolution and 36 in-built cameras designed to trigger simultaneously. This happens at the highest point when the Panono is thrown in the air (thanks to an on-board accelerometer). It can also be used on a pole or simply in your hand.  Will set you back £450 (€576).

This is a smartwatch that also tracks your activity on the go.  Perfect, for the health conscious executive. Connects to your android or iOS smartphone, and displays alerts and messages.  It also features an altimeter and accelerometer, can count the number of steps you take, measure the height of hills climbed, distance walked or ran.  It also has a heart rate monitor.  Will set you back £110 (€140).

This is the fastest selling console in UK history, shifting 250,000 units in two days, and comes with several free games including the popular Killzone Shadow Fall. PS4 is also a fully integrated entertainment package with Blu-ray and DVD facilitiy, as well as a Playstation app which allows gamers to use smartphones and tablets as a second screen to enhance play. Price: £349 (€447).

Is it a laptop, is it a tablet? Well, actually, it's both.  Quirky? Yes, but it does have a great 12 inch screen.  The Pro 3 - leaner and lighter than the Pro 2 – is a tablet that runs Windows 8 with great screen resolution.

Apple's new iPhone Six Plus has a sizeable 5.5 inch screen. A departure for Apple and makes this new smartphone a phablet – clumsy word, but adequate. It also signals a challenge to the Samsung Galaxy Note and LG G3, as well as wooing the Asian market. The Six Plus comes with an 8 megapixel camera with optical image stabilisation. The size of the phone makes it difficult to use single-handedly, but there is a reachability button incorporated. The Apple buzzword for the Six Plus is 'productivity', and its sleekly designed and slender, business-like features make it an attractive device for busy people. Prices range from £619 (€792) for the 16GB model, £699 (€895) 64GB, and £789 (€1010) 128GB.

Google Glass is pure William Gibson cyberpunk!  A pair of spectacles with a built-in computer, you can turn it on by simply stroking the frames, or by tilting your head (freaky).  Operate GG by, get this, voice. Tell it to take a photo, google, send a message to...  Very useful if you are on the move.

READ MORE: What to Expect from Microsoft HoloLens and Windows 10

The battery, hidden behind the right ear, does have a short lifespan, while the 'box' which provides you with all the data and interconnectedness, hovers neatly just above your right eye.  GG is only in the first stages of development, but with this gadget we are glimpsing the future, will these devices replace the smartphone?  For a cool £1000 (€1279) you can check it out.