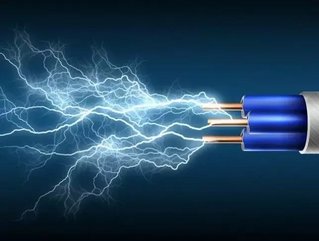 As the world of telecommunications continues to rapidly advance, we look at 10 of the industry’s young executives from Europe and the Middle East featured on Global Telecoms Business 40 Under 40 List for 2013.

Heading up the corporate strategy office at Bahrain’s leading telecoms provider, Enas Al Fardan led and managed many significant projects that have positively impacted the development in the country. This includes the introduction of the revamped low priced broadband packages in 2005 which grew the active market by more than 50 percent.

Sian Baldwin is Chief Information Officer at British shoe retail giant Clarks. She was recently in charge of the design, build and run of BT Wholesale’s networks and IT systems, product development and support of bespoke managed services. She has attended Harvard and London business schools, and studied artificial intelligence at the University of Sussex in the UK.

As Director of Marketing, Portfolio and Pricing, Nathan Bell has been behind Telstra’s growth into emerging markets. Having started in the industry in 1997, he has gained worldwide recognition for his expertise in developing new capabilities and revenue streams in new and emerging markets across Asia Pacific and central and Eastern Europe.

Peter Heuman has over a decade of experience in telecoms and media, most recently in chief executive officer positions at two start-up ventures with an emphasis on translating strategy into bottom line results. Heuman holds an MSc in information technology and industrial management from Chalmers University of Technology in Gothenburg, Sweden.

Huw Owen is now Head of EMEA Operations at Symantec having witnessed a remarkable rise. As VP of channel sales for EMEA at mobile security company Good Technology up to June 2103, Owen has overseen a rapid expansion into the Nordic and Middle East territories, with blue chip customers including Barclays, Sainsbury's, Renault and Schipol.

The GSM Association represents the interests of more than 1,000 companies in the mobile communications industry worldwide, with the GSMA programme aiming to stimulate the development and take-up of sustainable and scalable mobile health solutions. Vos has been influential in driving the programme forward, helping healthcare providers deliver more efficient and consistent programmes.

Gavin Krugel is Vice President at Visa Emerging Market Digital, helping the company face the biggest challenge associated with the mobile money industry – convincing customers to sign up. He has helped many businesses double the numbers of customers using mobile payment solutions, while setting up business divisions designed to help Visa clients unlock the potential of adjacent industries such as insurance and government.

John Finney leads O3b's global sales and marketing efforts, along with the product development strategy. Prior to joining O3b Networks, Finney served as Regional Managing Director for Ciena Corp, where he was responsible for Northern Europe, Russia and the Middle East. Before this, he held a number of International Vice President positions from 2004 to 2007 with Alcatel-Lucent, including responsibility for the Vodafone business unit.

Dor Skuler founded and leads Alcatel-Lucent's CloudBand business, in the forefront of the industry's drive towards network functions virtualization (NFV). This entrepreneurial activity provides a multi-vendor platform to enable transformation from the physical to cloud based delivery of telecom services.

The innovation from the A-team that Skuler assembled is widely recognised as one of the leaders in this new growing market segment.

On being named in the Global 40 Under 40, he told Business Review Europe and Middle East in an exclusive profile on the company, that he was flattered to be recognised among the industry’s finest young entrepreneurs.

He also said that “when we started three years ago with a vision for NFV it didn’t even have a name yet,” and that Alcatel-Lucent CloudBand were seen as “the crazy people standing on the hill and yelling that we should go cloud.”

Three years on and Skuler has certainly been proven right.