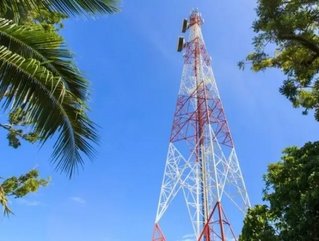 Recent research has predicted that at the close of 2014 there were 630 million mobile phone subscribers across sub-Saharan Africa; this number has been predicted to increase to well over 900 million by 2020. The explosion in accessibility can be attributed to falling data and technology costs, with investment from around the world focusing on developing wireless networks and bringing down costs. Since large areas of the continent lack secure ATM machines, smartphones allow subscribers to quickly access and transfer funds securely and conveniently. Internet access has been used by African farmers in recent years to stay ahead of the weather.

What is immediately striking about this phone is the sheer size of its screen display that is unequalled by any other phone on this list. Aside from this, it is a no-frills smartphone without the gizmos sported by its rivals.

The LG G3 has 16GB of internal storage space and is compatible with memory cards up to 2TB in size; it has 2GB of RAM as well as a standard 13MP front camera and 2.1MP reverse camera.

In the past Huawei has expressed interest in a number of African telecommunication projects. Their Ascend Mate 7 is notable for its enclosing aluminium casing which makes the model highly durable whilst maintaining an enviable 83 per-cent high screen to body ratio.

User security is ensured by the inclusion of a fingerprint scanner with an innovative concave shape designed to speed up scanning. It has a very respectable 13MP front camera in addition to an unusually high resolution 5MP reverse camera. Internal storage begins at 16GB but can be upgraded to 32GB – its 3GB of on board RAM ensures high performance.

Blackberry’s newest innovation is for users that prefer the reassuring and practical touch of a QWERTY keyboard and, since mobiles often substitute traditional computers, the phone offers an altogether more ‘business-like’ feel.

The Passport’s screen has a high level of brightness which allows it to be viewed from multiple angles, which makes this phone very practical. It has a main 13MP camera, as well as a 2MP reverse camera; it has 32GB of storage space and 3GB of RAM.

Whilst the Passport does not flaunt a lot of high tech gadgets, it does feature a range of mature organisational apps aimed at increasing productivity and punctuality.

The Note 4 from Samsung is a phablet; it has all the high tech features of a smart phone, and provides the user with the 'big-screen' experience of a tablet whilst remaining practical and convenient to carry. It sports a specialised ‘S pen’ with enhanced capabilities and improved touch sensitivity in addition to a 16MP front camera and a 3.7MP reverse camera.

This phablet also has a similarly wide variety of features including finger, gesture, and proximity scanners, alongside a state-of-the-art HD AMOLED display which, they claim, goes “beyond the limits of the human eye.”

The Note has a 32GB internal storage capacity, as well as boasting a very impressive 3GB of RAM.

Apple continue to maintain their position as the top producer of premium quality, high-tech smartphones, and their iPhone 6 is just the latest in a long succession of cutting edge smartphones. The 6 has another model, known as the 6 Plus, that is a larger, enhanced version of its smaller relative.

The camera has Apple’s well known slow-mo video capability and this model takes it further with time lapse photography mode. An even more stunning achievement is the fact that the phone itself has a width of only 6.9mm, making it the thinnest iPhone yet. As you would expect from Apple, the iPhone 6 carries a whole raft of gadgets that include fingerprint security, a barometer, and a built-in gyroscope that assists with taking photographs whilst on the move.

The main camera is 8MP, whilst the secondary ‘face time’ camera is 1.5MP

The phone has up to 128GB of internal storage and also has 1GB of RAM.