Top tech trends to look out for in Africa 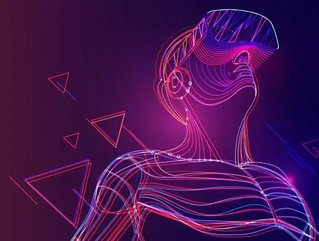 Co-Founder and Director of Quicket, James Hedley takes a look at the four most exciting tech trends to look out for in Africa.

In November, Nigerian-based payment ventures received a $360 million investment, making it the ‘unofficial African capital for fintech investment and digital finance startups’ according to TechCrunch. It was also reported that the continent’s fintech investment quadrupled to $357 million in 2018, with sub-Saharan Africa being the area with the most expected growth.

So, what does this mean for South Africa? We can expect even more investment after being listed as one of the top three African countries with the highest amount of investment next to Kenya and Nigeria. The Southern African Venture Capital Association also announced that venture capital funding grew 31% to over R1.5-billion in 2018, up from R1.1-billion in 2017. Leading the charge with sizeable investments this year include on-demand cleaning service SweepSouth and business funding company Lulalend.

The continued rise of mobile money

Since 2011, the value of mobile transactions has grown over 890%, with sub-Saharan Africa leading the way as the world’s largest region responsible for moving money on mobile phones - a total of 45,6% of the activity in the world. The industry has grown exponentially and there are no signs of the market decreasing in value.

Mobile money has proven an effective tool for feature phone users who have not yet migrated to the smartphone movement, and USSD codes have become one of the technologies that have enhanced the transaction experience for millions.

Hundred of millions of upwardly mobile consumers linked to a cost-effective mobile and easy-to-use payment system will create vast opportunities for all sorts of business models. One only has to look to China to get a feel for the vast range of possibilities this could enable, like the incredible success WeChat has seen with their payment options. In a recent report, they stated that over 84% of adults using their payment options now felt comfortable not carrying cash.

Recently, mobile giants Vodacom and MTN were ordered by the Competition Commission of South Africa to slash their data costs, despite introducing price reductions. The Commission released their long-awaited findings last week, and the network providers have two months to significantly reduce their data costs, making space for a wider audience to have not only access to the internet, but access for longer periods of time.

Although MTN has stated that they will be opposing the ruling, what we can still look forward to is a more inclusive audience who engage with online content, shopping, etc. Corporates, small businesses and even retailers may look for more ways to engage with their audiences in order to reel in new and maintain existing consumers through online engagement.

We have seen great strides in messaging apps over the last year, with many businesses using apps like Messenger and WhatsApp as extended forms of customer service. As a society, we have grown to demand immediacy from the brands that we choose to interact with, and we can expect much more from brands next year. With updates in chatbots, interactions will be even more nuanced, with ‘robots’ who are being programmed to deliver to us more effectively every day.