UAE On Path to Launch Unmanned Space Probe to Mars 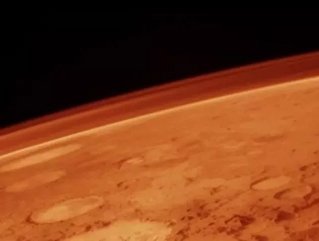 The UAE is on a path up towards Mars as the country embarked on a seven-year project which will culminate in the launch of an unmanned space probe into space.

Official project launch occurred earlier this week with Vice President and Prime Minister and ruler of Dubai, Sheikh Mohammad Bin Rashid Al Maktoum commenting that the programme was a “source of Arab pride”.

The new UAE Space Agency approved an annual budget last month, with this new project designed to develop human capital in the Emirates and boost the space technology industry as a viable and worthy driver of the country’s increasingly diversifying economy.

The unmanned spacecraft will take nine months to complete the 60 million kilometre trip to Mars, propelling the UAE into the company of only eight other nations to explore the planet.

Sheikh Mohammad Bin Rashid Al Maktoum posted a series of tweets in support of the scheme.

He said: “I witnessed today with all pride, the first steps towards building the first Arab, Islamic probe to reach Mars.

“We started today, a seven year journey with a national team; through it we will cross hundreds of millions of miles to build globally competitive Emirati individuals. Building a Mars probe is a national job, a source of Arab pride and addition to human knowledge. We say to the people of our region join us in building a new history for our Arab nation.”