UberEats hits South Africa; here's what you need to know 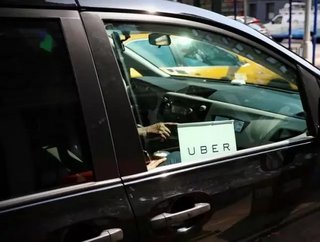 UberEats has launched in South Africa! The app, launched by ride-hailing service Uber, allows Johannesburg users to have restaurant-prepared food delivered to their homes. The service only launched yesterday; we dug around to find the key details about UberEats Jo’burg.

Users can download the UberEats app from Google Play or the iTunes store and enter their details (much like the Uber taxi app). Menus are then made available. Meals from the selected restaurant are prepared and collected by Uber drivers. Deliveries come with a standard charge of 20 rand.

UberEats will have an average delivery time of 30 minutes from order to drop-off, company officials said at a Wednesday promotional event.

Eyes on the prize

The service is currently only available in Johannesburg’s northern suburbs. However, Uber plan to expand to other major South African cities soon.

David Kitley, Operations and Logistics Manager for Uber sub-Saharan Africa, told Fin24 that the UberEats concept could be applied to other aspects of the delivery business.

“Not only to restaurants but to beverage companies or e-commerce players, this platform really unlocks different uses  and it shouldn’t just be seen as food delivery but also as a test case for something else,” he said.

UberEats will source UberX drivers from its existing database. The company is also experimenting with two-wheeled deliveries.

In an interview with Fin24, Uber’s general manager for sub-Saharan Africa, Alon Lits commented, “UberEats has the ability to change the way restaurants operate. Through partnerships given the scale, smaller businesses could expand to a wider customer base through UberEATS.”