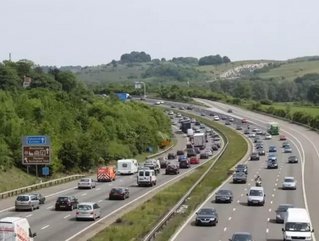 More than a third (35%) of businesses in the UK have used telematics tracking technology to contest either a speeding fine or a false insurance claim, according to new research from RAC Business.

According to the research among 500 UK businesses, 18% of companies have used telematics data to prove that a driver wasn’t at fault for an insurance claim, and a further 17% have used the data to successfully appeal against a speeding fine. This could be saving firms thousands of pounds when applied across the country’s estimated 5.2 million businesses.

Telematics has also seen an ongoing uptake among businesses, with more than a third of all UK companies (38%) now employing a telematics system in their fleet. RAC Telematics MD Nick Walker said: “These findings point to clear benefits for fleet managers using telematics technology. Speeding fines and insurance claims can be difficult to contest and often result in fines being incorrectly imposed as well as leading to damaging increases in your insurance premiums.
“Telematics provides an immediate solution by generating data that can prove beyond doubt what actually happened during the incident. For example, businesses can be subject to speeding fines committed by drivers cloning their vehicle number plates, but telematics can pinpoint the location precisely, enabling the business owner to argue their vehicle could not have been involved.
“This was tested in Macclesfield Crown Court last year when telematics was used to disprove a fraudulent insurance claim worth £54,000. Or, conversely, if a driver or employee has committed an offence but is trying to cover it up, the telematics data will show what actually happened.”

The research also shows that telematics systems can reduce fleet costs by encouraging safer driving. Some 58% of companies reported that telematics had reduced the amount they paid in speeding fines, 47% said that their use had led to a drop in insurance premiums while 68% of firms said that telematics had cut their combined fuel bill.
Lorry drivers are the most likely to be positive about telematics with 52% recognising the safety benefits, compared with 46% of company car drivers, which may be due to lorry drivers’ long-term use of tachometers in their vehicles.

Nick Walker added: “If businesses are relying on telematics to disprove liability in speeding and insurance cases then the data needs to be reliable. The best systems on the market are those that can provide an accurate report, even at low speeds where incidents are often disputed.”