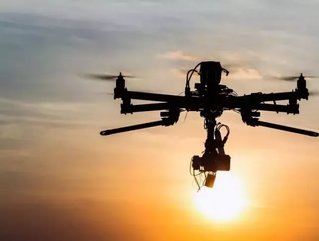 The world’s first drone operations network is designed to service businesses who may need access to a fleet of drones, no matter where they are in the world. The service from Future Aerial is being pegged as the ‘Uber of drones’ and will allow large companies who need drones to survey infrastructure, buildings and more to work with a nationwide fleet, rather than individual operators.

Andrew Blogg, co-founder at Future Aerial, says: “We’ve been obsessed by drone tech from the beginning. We are operators ourselves and can see first-hand how large corporates will benefit from a network of drones to check assets such as bridges, pylons or roof-tops of buildings.”

Future Aerial currently has over 20 fleets of drones signed up in the UK. One operator, Chris Fenton, technical director at Octovision Media Limited said: “Drone operators are usually one man bands. Future Aerial has helped me turn my love for drones into a viable commercial micro-business. It was difficult to get interesting work from large companies before because it is hard for them to work with individuals. FA removes that barrier and allows me to make a living from flying drones.”

Marek Rozycki, non-exec Chairman at Future Aerial, and a former VP with Amazon.com, comments: “People often talk about drones in a military or a novelty context. These guys are one of the first teams in the world to bring a viable and scalable commercial model for large organisations, operating nationwide”.

“The team is impressive, has great credentials in this space and the market they are tapping into is of a significant size and ripe for disruption. I’m excited about the potential of Future Aerial.”

All of the drone operators signed up to Future Aerial comply with the ‘dronecode’ set by The UK Civil Aviation Authority (CAA), or relevant regulator which looks after airspace safety.