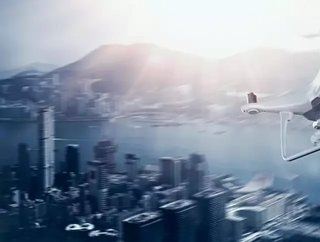 South African tech startup WiPo Wireless Power is developing a drone that can charge itself via a wireless charger. The company believes that a continuous and autonomous drone is possible by utilising available electromagnetic fields, channelled through a wireless charger, rather than earth-based docking and charging.

The average drone can fly for a maximum of 30 minutes before needing to charge; a procedure that can take hours. However, the development team at WiPo is currently working on a charger that can successfully transfer enough power to the drones to aid continuous flight. If successful, the WiPo drones could perform tasks such as powerline inspections in a fraction of the time.

WiPo is currently producing wireless power chargers to utility and consumer electronics markets. Winners of an Innovation Hub GAP ICT in 2016, WiPo is using its profits to cover development costs of its wireless-charging drone.

In 2016, researchers from the Imperial College London claimed that wireless charging of drones was now a feasible aim. Then, Global Energy Transmissions demonstrated how it could fly a tethered drone for an hour, which charged as it flew. Other charging solutions include power cords which are tied to tall buildings in order to recharge passing drones.

Facebook, Google and Amazon are all looking into wireless or alternative sources of energy for the charging of their drones and so the next big breakthrough will see continual flight.

Africa has been a hot bed of drone activities, with Malawi opening up the first drone ‘corridor’ this summer; an area of land devoted to testing drone technology. The air corridor project will run for one to two years and will see the UAVs (unmanned aerial vehicles) travelling up to 80km (50miles) at an altitude of 400 metres. Africa’s large expanses of open-air are said to be perfect testing grounds for drone technology.