What is the Right to be Forgotten? 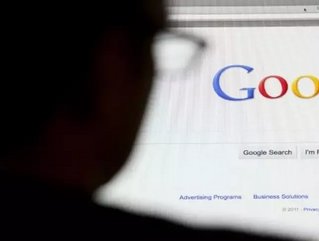 Since an EU court ruling in May more than 145,000 appeals across Europe have been made to Google relating to individuals seeking the right to be forgotten.

This averages more than 1,000 requests a day.

According to Google the firm has removed more than 29,000 unwanted links to web pages for people in France, with more than 25,000 links removed for Germans. Facebook is the website impacted the most.

The furore came about because of a complaint launched by a Spanish citizen in 2010 against a newspaper and Google.

The issue revolved around an auction notice of his repossessed home, with the complainant believing that Google’s search results infringed his privacy because the case had been settled for a number of years, meaning reference of this in association to him was irrelevant in the present day.

He requested the newspaper take down stories related to him and that Google be required to remove personal data which meant he would not appear in search results.

The Spanish courts referred the case to the EU Court of Justice (ECJ), asking whether:

On May 13 2014 the EU court concluded that the 1995 rules do apply to search engines, that Google was subject to EU law, and that an individual has the right to ask to be forgotten.

In its ruling the court said: “This applies where the information is inaccurate, inadequate, irrelevant, or excessive for the purposes of the data processing.”

In the case of the Spanish man the court found that “interference with a person’s right to data protection could not be justified merely by the economic interest of the search engine.”

However, the ECJ did state that the right to be forgotten was not absolute and that a case-by-case assessment is needed. It also said that the public influence of the person in question could also be relevant in any ruling, helping strike a balance between privacy and freedom of expression revolved around public interest.

Crucially, the burden of proof lies with the company (i.e. Google and other search engines in these highly-publicised cases) and not the individual, meaning that the former must prove the information in question is still needed and relevant.

Often touted as a something fundamentally new, the ruling is actually based largely around rights granted in 1995, with the EU saying its proposed data regulation is a modernisation of Europe’s rules that involves a number of rights for citizens. The right to be forgotten is part of this wider package.