What is Virgin Media's Project Lighting and How will it Benefit UK Business? 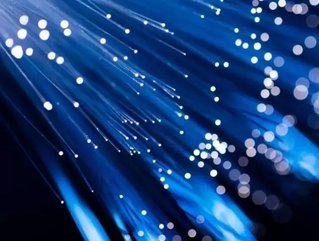 Virgin Media is embarking on “Project Lightning”, the single largest investment in broadband digital infrastructure in the UK for more than a decade, creating thousands of new jobs in what will be a multi-billion pound boost to the national economy.

With the support of parent company Liberty Global plc, Virgin Media will extend its fibre-optic network to approximately four million additional premises over the next five years.

This will increase the number of homes and businesses to which Virgin Media can offer services by almost a third; from around half of the country today to nearly 17 million premises by 2020.

£3 billion for homes and businesses; £8 billion of value to the UK economy and consumers

The UK is the world’s most internet-based major economy. Broadband infrastructure, and the services offered over it, will be increasingly central to the country’s growth over the coming decades.

The £3 billion of additional private investment announced today is essential for individuals and businesses to thrive in the global digital economy. This substantial investment will be financed mainly through incremental borrowings. Analysis undertaken by leading economic consultancy Oxera has found that this investment can be expected to stimulate a combined £8 billion of economic activity and consumer benefit.

Prime Minister David Cameron said: “I welcome this substantial investment from Virgin Media which is a vote of confidence in our long-term economic plan to support business and create jobs by building a superfast nation backed by world-class infrastructure. These 6,000 new jobs and apprenticeships will mean financial security and economic peace of mind for thousands more hardworking families across the country.

“Together with this Government’s rollout of superfast broadband which has now reached more than two million UK homes and businesses, this additional private investment will create more opportunities for people and businesses, further boosting our digital economy and helping secure a brighter future for Britain.”

Tom Mockridge, Virgin Media Chief Executive Officer, added: “Millions of homes and businesses will soon be able to benefit for the first time from broadband speeds at least twice as fast as those available from the other major providers. Consumers and business owners who want to make the switch to better broadband speeds now have an alternative; you can call on Virgin Media to ‘Cable My Street’.”

Households connecting to Virgin Media for the first time will benefit from broadband speeds of 152Mb, at least twice as fast as the fastest speeds available from BT, TalkTalk and Sky. Virgin Media also offers the UK’s most advanced interactive television service, bringing together broadcast TV, thousands of hours of on demand programming and the best of the web in a single set-top box.

Home workers and small and medium-sized companies will also receive a boost from better connectivity in areas where Virgin Media Business will become available for the first time.

Sixty percent of Virgin Media customers now have at least three devices connected to their home broadband, up from 37 percent a year ago. Data usage on the Virgin Media network is currently growing at a rate of around 60 percent every year which, if this trend continues, will be 10,000 percent higher in ten years.

This network expansion programme is expected to create 6,000 new jobs in the UK at Virgin Media and across its construction partners. Roles will be created across the country, including jobs to support engineering and sales efforts.

It will increase the number of apprenticeships created by Virgin Media to 1,000 over the next five years. Almost 1,000 young people have already gained recognised skills and experience in this award-winning scheme while earning, since it began in 2008.