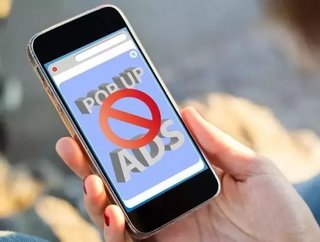 “The end of the free internet”, “Could put small publishers out of business”, ”Anxiety across the advertising industry”.

If you believe the headlines, the sky is falling, thanks to a force which has furrowed brows across the online content business. It’s called ad blocking, and it is seriously worrying a lot of people.

Sure, ad blocking has existed for years. Driven by extensions to Google’s Chrome and Mozilla’s Firefox desktop web browser that can identify and parse out ads, PageFair estimated 144 million people were actively blocking web ads last year. And the practice is growing - now PageFair reckons there are 198 million blockers worldwide, up 41%, depriving publishers of nearly $22 billion in 2015 alone. If your ads can’t be seen, publishers can’t very well charge for them.

If you thought that was bad, consider the effect that may be wielded by Apple’s new iOS 9 framework, which allows third-party developers to write content-blocking plugins that also hide ads. Mobile devices are where people now consume a majority of their content - so the ability to block ads, inside an operating system that is so popular and which was previously so locked down, could have a big effect, right?

So why, when the headlines and predictions are so dire, is the industry not batting eyelids as hard as expected? Only 8% of publishers polled by ad tech platform vendor Operative cited ad blocking as their biggest concern, running far behind other considerations like decreasing ad impression costs. And according to a Strata survey, only 9% of US ad agency professionals - the people who should be fretting on advertisers’ behalf - said it was a major concern.

They are right not to be so worried. Because for all the worry playing out in the media, when it comes to online advertising, we aren’t anticipating the end of days. Ad blocking will have a minimal impact on mobile content, and here is why…

Quite simply, when we are talking about mobile ad blocking, what we are really talking about is mobile web ad blocking. iOS 9’s new extensions work inside its Safari web browser only. Plugins for apps would mean a severe privacy issue for users and are banned from Apple.

This significantly blunts the force that ad blocking will have on the small screen because, unlike on the desktop, it is apps - and not the web - which rule the roost.

According to mobile analytics firm Flurry, apps accounted for 86% of mobile users’ device time. And that was back in March 2014 - since then, this propensity has increased, as apps become more appealing and as iOS, which depends less on the web than does Google’s Android, gains a bigger foothold.

In fact, apps aren't just the most-consumed channel on mobile, but US consumers are now also spending more time on apps than they are on watching TV.

The most oft-cited barometer of consumers’ propensity to block ads, mentioned in this article, comes from PageFair. Yet PageFair is neither a market research organisation, nor an innocent bystander in all this. The Dublin-based startup’s whole business is predicated on selling an anti-ad blocking consultancy to worried publishers, who naturally become “better” customers when coaxed into a state of paranoia

Other findings are equally self-motivated. Take this month’s research by the Interactive Advertising Bureau UK (IAB UK), which found that18% of internet users are now using ad blockers. Notwithstanding the fact that the body represents online advertisers, who want as large an audience as possible and are likely keen to force publishers to drive down prices, the headline figure overlooks the fact that a sizeable proportion of ad blocker users don’t want to block all ads, just the annoying ones.

The concern built up around ad blocking has become so chronic that it is impossible to imagine nothing being done - it is highly unlikely that the industry would just sit back and accept things.

There is already a growing public acceptance that publishers simply shouldn't overload browsers with ads. Just this month The Guardian committed to provide its readers with better quality ads. Meanwhile, ads are continuing to offer a guaranteed route to customers.

For these reasons, it is unlikely that mobile web ad blocking will bring about the advertising apocalypse, as predicted by some industry commentators. In fact, mobile ad spend is widely forecast to grow significantly in coming years.

As protected executable code, apps have always offered excellent brand exposure to companies trying to reach users. And they continue to offer advertisers guaranteed visibility, even while mobile web browsers leave them vulnerable to wipe-out.

Of course, this does not diminish the threat that ad blockers per se will pose to desktop. Nor does it mean that all in-app ads are guaranteed success when served. In the years ahead, advertisers should best arm themselves by moving over to mobile and by endeavouring to build the most engaging creative ads they can.