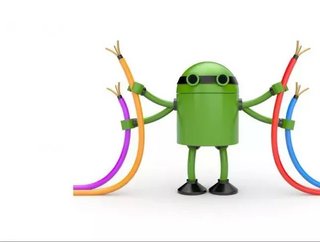 German telecoms giant Deutsche Telekom (DT) plans to use its existing copper wire infrastructure to upgrade homes and offices across the country to superfast fibre optic broadband, a move which has annoyed rival operators.

Vodafone has voiced its concern about the harm this would have on competition. Its major gripe is that by using vectoring technology as part of the proposed upgrade, DT will have to effectively bundle several copper wires at once. This means that individual wires, which provide access to alternative operators, will not be able to be unbundled.

The European Commission has opened an in-depth investigation of the German telecoms regulator's (BNetzA's) intention to allow Deutsche Telekom to upgrade its network with vectoring technology in areas close to DT's exchanges, having previously been prohibited.

In particular, the Commission has concerns about the potential impact of BNetzA's current proposal on the development of sustainable competition and on longer term incentives for investment in future-oriented networks for the Gigabit Society.

Vectoring technology can upgrade copper networks to bring higher broadband speeds. It is used as an intermediary upgrade technology instead of the deployment of optical fibre networks. However, the technology currently only works when it is applied to an entire bundle of copper cables.

The Commission recognises that BNetzA's proposal would lead to broadband speed gains in parts of Germany (of the six million households affected, approximately 1.4 million would receive speeds above 50 Mbit/s for the first time). However, the proposal is likely to have a considerably restricting effect on alternative operators who buy access from DT to compete in serving end users.

In the view of the EU regulators, the alternative access solutions offered by BNetzA are not yet sufficient to ensure an appropriate safeguarding of competition, including competition to invest, both now and in the future.

BNetzA's draft plan makes it highly likely that only DT could install the vectoring technology which would serve more than 90 percent of the six million households in question. The main alternative method through which competitors could gain access to the last mile of the subscriber line (a Layer-2 Bitstream product at around 900 Broadband Network Gateways in Germany) is in BNetzA's own view not (yet) a functional equivalent to physical unbundling due to technical restrictions in the product design. This would deny DTs' competitors the degree of control needed to differentiate their retail offers and enhance consumer choice. The other option (a higher-specification virtual unbundling product at affected street cabinets) would place physical and economic limitations on access by alternative operators which are likely to weaken competitive pressure in the short term.

The EC now has three months to discuss the case with BNetzA in order to remove any elements giving rise to serious doubts as to compliance with EU law.