Why the Middle East Smartphone Market continues to Saturate, without Apple 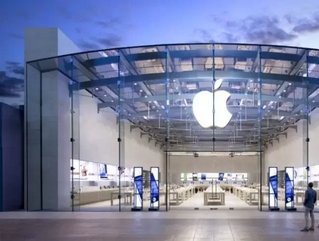 Recent weeks and months have seen an upswing in the numbers of mobile operators looking to exploit what is rapidly becoming one of the world’s hotbeds for smartphone uptake, though Apple appears to be somewhat slow to join the trend.

Perhaps this is a deliberate strategic move, as budget smartphones are exploding in popularity with phone makers looking to hit a price point below that commanded by the luxury of Apple, who needn’t take the risk of producing lower-end devices.

This said, there are rumours afoot that the American technology giant is looking to build its largest ever store in Dubai.

There will always be space for luxury-end devices, but the real challenge for Apple’s competitors is to create something which many will see as affordable luxury at the higher end of their ranges, which is exactly what is beginning to happen.

Indian companies are sensing an opportunity in this respect, underlined by XOLO releasing a range of six smartphones and three to four tablets, targeting the mid to premium end of the market with prices varying from 150 to 1,200 dirhams.

Another Indian firm, Obi Mobiles, headed up by Apple’s former CEO John Sculley no less, is releasing five smartphones ranging from 99 to 799 dirhams.

Chinese companies are also in on the act, with ZTE launching its three new smartphone devices at this year’s Gitex Shopper.

Ning Tian, Regional Director of MENA, ZTE Mobile Device, said: “The UAE, one of the leaders in the global telecommunication industry with sophisticated growth in 4G network market, is one of our most concerned markets.

“In order to strengthen ZTE’s pioneer position in the GCC market, we see Dubai as an access to integrate into the wider Middle East & North Africa (MENA) region. We will launch premium products in this region through open channel and operator channel.”

Whatever the price point, targeting the Middle East is certainly a sensible move when basing judgement on penetration statistics.

According to Google’s Our Mobile Planet, in the UAE “smartphone penetration has risen to 74 percent of the population and these smartphone owners are becoming increasingly reliant on their devices”. This is up from 61 percent in 2012 and is now among the highest in the world, above the likes of many European countries.

As the competition continues to grow with luxury becoming ever-more affordable, Apple could be forced into rethinking its strategy in the region.

However, the Middle East still houses some of the wealthiest demographics on the planet who will still see value in owning the sleekest smartphone experience money can buy.