Why Mobile is Key to Europe's Economic Recovery 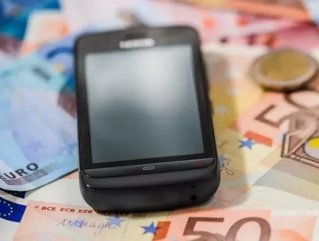 Europe’s rapid migration to 4G services and devices, which will account for more than half of all connections by 2020, is helping to stimulate a recovery in the continent’s mobile industry, according to a new GSMA report.

This trend is fuelling consumer demand for a new wave of innovative mobile services, helping European operators move towards a stabilisation of revenues and margins following several years of declines in one of the world’s most competitive mobile regions.

The report also calls for a new era of partnership between the mobile industry and EU policymakers aimed at encouraging next-generation network investment and innovation, and delivering a dynamic digital single market.

Anne Bouverot, Director General of the GSMA, said: “There are encouraging signs that Europe’s mobile industry is beginning to recover as both operators and consumers begin to see the benefit from the billions of euros of investment in 4G networks over the last few years.

“But this positive outlook for the industry remains fragile, especially in light of renewed concerns over the macro-economic situation in Europe. The industry is therefore looking forward to working with the new European Commission and Parliament to build a common agenda that enables a sustainable recovery and powers a world-leading digital economy and connected society.”

Europe is expected to have 431 million unique mobile subscribers by year-end, representing 79 percent of the region’s population – the highest penetration rate of any region worldwide.

However, while revenue growth in Europe is still expected to be negative over the next 2-3 years, the financial outlook has shown signs of improvement in 2014, due to the positive impact from 4G deployments and rising mobile data usage, which has helped operators offset declines in legacy services.

The ability for operators to sustain investments in networks and services will be dependent on improvement in the industry’s financial outlook. Capital expenditure (capex) by European operators in the seven-year period between 2008 and 2014 will total €155 billion, but could be as high as €170 billion over the next six years (2015 to 2020) as operators continue to focus on adding network capacity and expanding 4G coverage.

The mobile industry is playing a central role in supporting economic activity and recovery in the region, contributing 3.1 per cent to Europe’s gross domestic product (GDP) in 2013, equivalent to €433 billion4, including €105 billion generated directly by mobile operators. By 2020, it is estimated that the industry will generate a total economic value of €492 billion.

The sector provided direct employment to approximately 1.8 million people across Europe in 2013, and indirectly supported a further 600,000 jobs. It also made a contribution to public finances (via taxation) of approximately €74 billion in 2013, not including contributions made via spectrum auctions, which raised over €3.2 billion in Europe last year.

“Ongoing investment in networks and services, and particularly extending network coverage, will be vital in supporting Europe’s economic recovery and in delivering the world-class connectivity needed to prosper in an increasingly digital global economy,” added Bouverot. “Europe’s operators must have the commercial freedom to develop new business models, innovate at the network and service levels, and offer customised services that can attract investment and drive innovation and competition in the global marketplace.”