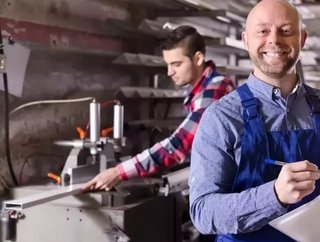 As indicated by official figures released today, Britain's recovery strengthened in the second quarter of 2015. The UK economy expanded by 0.7 percent in the three months to the end of June, following growth of 0.4 percent in the first quarter. Nevertheless advertised jobs have yet to reflect the improved economic prospects, though a tenth of vacancies should benefit from National Living Wage changes

·         Number of advertised vacancies hits post-recession high at 1,092,030 in June, up 3.2 percent from May, but growth driven by increase in lower-paid positions

·         A fault line is opening in competition for jobs between the North and the South, as top five most difficult places to get a job all in northern England

Advertised salaries have fallen to an 11-month low, as growth in the workforce is driven by lower-paid roles and part-time positions, according to the latest UK Job Market Report from Adzuna.co.uk.

The average advertised UK salary was £33,696 in June, down 0.9 percent from £34,002 in May, the fourth consecutive month seeing increasingly steep month-on-month falls. Salaries have now reached their lowest point since £33,873 in July 2014.

Competition for jobs has fallen to a new record low. There were just 0.67 jobseekers per advertised vacancy in June, 6.6 percent lower than 0.72 in May, and almost half the 1.21 figure seen in June 2014.

Although the Office for National Statistics has reported that the unemployment rate has risen by 0.1 percent month-on-month, Adzuna’s forward-looking data suggests this is a temporary blip, and that unemployment will fall away again in the summer.

Andrew Hunter, co-founder of Adzuna, comments: “The solid growth in vacancies is the dominant backdrop behind this unemployment uptick. It may even be a sign of greater mobility: as more and more vacancies open up, employees are confident enough to temporarily leave their current job in order to dedicate their efforts to finding a new one. Competition for jobs is continually falling away as the British economy starts to spread its wings again. In that context, this minor fluctuation gives us little cause for concern.

“Likewise, weakening advertised salaries signal an increase in the number of available entry-level, part-time and lower-paid positions. While the National Living Wage should prop up the salaries of those unfairly affected by falling wages, there is definitely still plenty of room for improvement. The new baseline is weighted for London – and that’s the extent of it. As his Northern Powerhouse programme proves, the economic recovery has not been evenly spread across the UK – but neither is all our success concentrated on the capital.

“Moving from the East of England to the North West, for example, will see the spending power of the National Living Wage vastly improve. It’s long past time that some additional complexity was introduced to government wage targets beyond the twin categories of London and ‘everywhere else in Britain’.”

If the National Living Wage was implemented now, as many as one in seven (14.4 percent) new Healthcare & Nursing professionals would be directly affected, and would see advertised salaries rise. There are currently 66,003 vacancies across the sector, and 15,086 of those are minimum wage positions.  Across the sector as a whole, the average salary stands at £35,682 in June, 1.8 percent lower than £36,352 a year ago.

But it was Logistics & Warehouse positions that saw the greatest proportion of vacancies affected – nearly a fifth (19.5 percent) of the 36,207 available jobs would experience a wage increase.

Table 2: Sectors most affected by the National Living Wage

Andrew Hunter, co-founder of Adzuna, continues: “The Shadow Secretary of State for Education, Tristram Hunt, made a serious gaffe recently in suggesting that doctors need to extend their contracted hours to include weekends – and the backlash from doctors already working round the clock and outside the working week has been viral. Doctors may be the obvious face of the healthcare industry, but we can’t ignore the backbone of nurses and carers that are going to become ever-more important in the face of an ageing population, workers who deserve a pay rise.

“Many of our nation’s care personnel are on zero-hour contracts or are paid minimum wage, and these are the people that the National Living Wage will really assist. However, with employers like IKEA planning to pay above and beyond the new minimum to be introduced from April 2016: perhaps it’s time for some serious thought about NHS salaries – especially at the lower end of the scale.

“But implementation of the new law may not be straightforward. Looking at the proportion of warehouse workers getting a pay increase, begs the question of how large scale companies that rely on the sector, like Amazon, will manage the shift their business practices needed to accommodate the new law.”

Average salary growth in the North triple that of the South

The average salary growth for Yorkshire & the Humber retains its lead position with average advertised salary growth of 7.1 percent. This is 2.3 percentage points above the UK average (4.8 percent).

Looking at the north as a whole by taking an average of Yorkshire & The Humber, North East England (5.7 percent) and the North West (5.0 percent) shows that the average year-on-year salary growth is 5.9 percent, nearly three times higher than the 2.3 percent average of the southern regions of the UK, London (0.9 percent), South East England (1.9 percent), Eastern England (3.0 percent) and South West England (3.0 percent). London had the lowest average annual improvement to advertised salaries in June, while Scotland witnessed a decrease.

Yorkshire and The Humber

Andrew Hunter explains: “The north is starting to come into its own. Northern employers are expanding salaries far faster than in the south, to try to attract top talent to their expanding businesses. But these things don’t happen overnight, and there are bound to be some delays and growing pains. Infrastructure and housing have as much a part to play in building the north into a well-oiled economic machine as much as attractive salaries. Looking forward, it won’t be long until more people start to realise that the cost of living is seriously tipped in their favour if they can find the right job in places like Manchester, Liverpool and Newcastle.”

Northern fault-line makes it tough to get ahead

Despite salary growth in the north, there is still a clear gap between north and south in terms of competition for jobs. Competition remains stubbornly high in areas like Sunderland, with as many as 4.87 jobseekers per vacancy – over seven times the national average. However, Manchester has cemented its place in the top ten best cities to find a job, with just 0.31 jobseekers per vacancy.

Andrew Hunter concludes: “Manchester is one of the exceptions to the rule, buoyed by a thriving professional services industry which has created many new jobs in areas like law, finance and consulting. Many of our northern cities are making a comeback and competition for jobs is falling fast – albeit not to the same extent that we see in Cambridge.

“The struggle isn’t in pulling these recovering cities up to scratch – it’s working out how to better support those places where businesses are still struggling to flourish and provide opportunities to the local area, cities like Sunderland and Hull. Manchester might be the wunderkind of the Chancellor’s ‘Northern Powerhouse’ scheme, but it’s important not to let one shining example mask a more deeply-rooted problem.”