Amazon being Investigated by EU over Luxembourg Tax Dealings 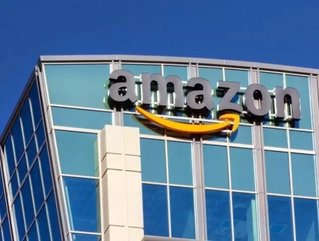 The European Commission’s (EC) state aid watchdog suspects that Amazon’s arrangements could be leading to an underestimation of the retail giant’s profits, thus giving the American company an unfair advantage.

This latest investigation quickly follows that being led by the EU into Apple, also suspected of breaching state aid regulations in its tax affairs with Ireland and facing a potential €8 billion fine.

The Amazon probe relates to Luxembourg’s 2003 tax ruling for subsidiary Amazon EU Sàrl, which records most of the company’s European profits, with the EC claiming that arrangements allowed it to pay a royalty to its parent company therefore reducing taxable profits and possibly breaking market rules.

Commission Vice President in charge of competition policy Joaquín Almunia said: "National authorities must not allow selected companies to understate their taxable profits by using favourable calculation methods. It is only fair that subsidiaries of multinational companies pay their share of taxes and do not receive preferential treatment which could amount to hidden subsidies.

“This investigation concerning tax arrangements for Amazon in Luxembourg adds to our other in-depth investigations launched in June. I welcome that cooperation with Luxembourg has improved significantly."

Tax rulings are comfort letters by tax authorities giving a specific company clarity on how its corporate tax will be calculated. In particular, they are used to confirm transfer pricing arrangements, i.e. the prices for goods sold or services provided by one subsidiary of a corporate group to another subsidiary of the same group.

This influences the allocation of the group's taxable profit between its subsidiaries located in different countries. The Commission will now continue investigating to determine whether its concerns are confirmed.