Bag a Bargain in Switzerland: 1 Euro for 1 Franc Forces Retailers to Slash Prices 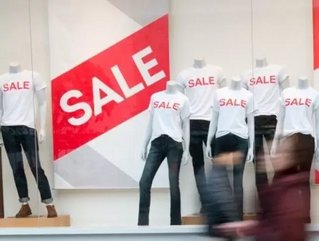 Shoppers in Switzerland are being faced with a mass of slashed prices as retailers seek to lure back customers taking their high-value Francs elsewhere.

Lower import costs are also allowing them to become cheaper, the news following the decision to remove the Frank value cap of 1.2 per euro, resulting in a new value which sees one euro buying 1.01 francs.

While this surge will hit Swiss exports and tourism it is great news for natives buying imported goods or looking to shop over the border in what are now all of a sudden cheaper markets.

Reuters reported that Kaufleuten, a club and concert venue in Zurich, said the following in a newsletter: “You must have heard it already: the euro is for sale at the moment! This results in lower costs for us that we’ll obviously pass on to you."

Mercedes is cutting the cost of a new motor by 18 percent, while another luxury automaker, Audi, is thinking of intorducing similar measures to lure in customers.

Swiss media say furniture stores, travel agents, supermarkets and petrol stations have all cut prices too, fearful that Switzerland could be haemorrhaging retail demand to the euro zone, where prices have long been cheaper before this latest revelation.

For example, Reueters says that at IKEA in Switzerland, a “Frostig” refrigerator costs 1,299 francs while the same model costs 599 euros across the border in Germany or France, and a McDonalds Big Mac burger costs 6.50 francs in Switzerland, roughly 50 percent more than in France. For residents of Geneva or Basel, it is little more than a drive across town to take advantage of such discounts.

How long will the chasm in prices remain and what will it do to the Swiss economy?