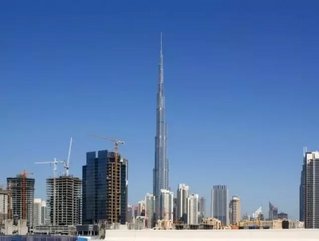 Cayan Group has announced that it is developing AED 1.2 billion mega property projects in Dubai, UAE and Riyadh, Saudi Arabia in 2015.

In Riyadh, Cayan Group acquired a prime commercial plot along King Fahed Road where a state-of-the-art office building will soon be constructed. The company also acquired two plots on Umm Suqeim road for the location of its planned upscale residential and hotel apartment towers. The project will cater to the increasing demand for residential properties in the area.

Ahmed Alhatti, President and Chairman of Cayan Group, said: “The strategic land purchases as well as our upcoming landmark projects in Dubai and Riyadh form part of our comprehensive plans for 2015.

“Our new undertakings at the start of the year are fully aligned with the booming hospitality, residential and office sectors in both cities.”

The company’s growing client base includes more than 2,000 customers from all over the world. Its portfolio encompasses a number of well-known projects such as the Cayan Tower, Silverene Towers, The Jewels, Dorrabay, Cayan Business Center, in the UAE; Layaly Compound and Samaya in Saudi Arabia; and Broumana Lands in Lebanon.

Cayan Tower, officially declared by the Guinness World Records in 2013 as the globe’s tallest twisted tower standing at 307 meters high, has become one of the most important architectural landmarks in the Gulf region.