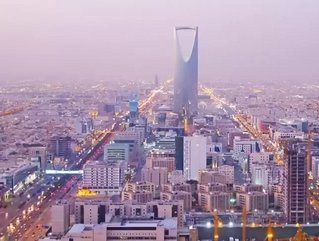 Saudi Arabia’s government recently announced ambitious plans for economic diversification, financed partly through its $628 billion central bank reserves. The government will be investing in various non-oil sectors with high growth potential, including ICT. According to the Saudi Ministry of Finance, these non-oil sectors will grow 8.37 percent in 2016.

Saudi Arabia’s population is a major driving force behind the expansion of its ICT market. The population is not only young, but also tech-savvy, making the Saudi market ripe for tech innovation and investment. Two-thirds of the Saudi population is under the age of 30. Technology adoption and saturation are at an all-time high. Internet users make up over half of the population. An estimated 70 percent of purchases made in Saudi Arabia are made by mobile phone, and the national e-commerce industry is growing rapidly.

Saudi investors are increasingly turning to deal facilitators to source viable IT investment opportunities. Naseba is organising the Investor 2.0 Meeting on 9 to 10 May in Riyadh, Saudi Arabia.

At this investor meeting, Saudi investors will be introduced to pre-qualified, global ICT business cases. Many of these investors are extremely sophisticated, and have historically invested in tangible investments, but now they are moving into ICT to capitalise on the financial support that the Middle Eastern ICT market is receiving from governments in the region.

“Saudi investors are increasingly participating in the global technology sphere, in line with their aggressive portfolio diversification strategies. These investors are looking for the right opportunities to support, and they are willing to look beyond their own borders to find them. They’re investing in cutting-edge concepts with proven viability. Saudi investors aim to support the future of technology, and the Investor 2.0 Meeting will take them one step closer to this goal,” said Fabien Faure, Director of Naseba’s investor introduction division.

Naseba is currently sourcing technology ventures, business cases and project holders from around the world to introduce to pre-screened investors at the meeting.