EasyJet says terrorism will not put off tourists 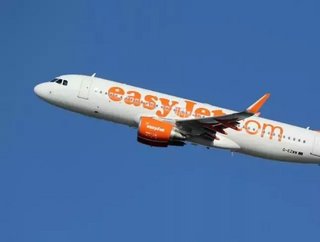 After the recent attacks in Paris, EasyJet has said terrorism won’t affect tourism in France. Chief Executive of the airline Carolyn McCall has quelled fears that travellers may shun the capital after 129 people were killed in terror attacks. Just in the way the tourism trade recovered after 9/11 and the more recent Germanwings crash in the Alps, France’s tourism industry won’t be affected in the long-term either.

In an interview with The Independent McCall said: “We always see a cooling-off period [when a tragedy occurs], but we also see quite a quick resumption in travelling again. People want to live their lives, whether that is going on holiday or travelling for work.

“Of course, they need reassurance that airport security is tight and safe, and the scrutiny that the government is doing at the moment is very reassuring for passengers.”

While passenger numbers have dropped on flights to the capital, this has been the only destination to see a decrease. The ‘cooling-off period’ doesn’t apply to flights to other areas of Europe.

EasyJet’s confidence in the industry was showcased in its decision to buy 36 new Airbus planes, which will increase its fleet by 7%.

While many travel companies have been affected by the attacks with a drop in share prices, these are already starting to recover.

EasyJet has seen an increase on passenger numbers every year and doesn’t expect this to change after its fifth year of record profits, which soared to £686 million. These figures don’t include, however, the impact of suspended flights to Sharm el-Sheikh in Egypt that left EasyJet passengers stranded.

The uptick in profits this year is down to low crude oil prices and a demand for Mediterranean holidays from travellers in Northern Europe.

While share prices may have dropped slightly across the travel sector and many passengers have cancelled flights to France, this is a short-term effect that isn’t set to last. Currently some Metro stations and large attractions in Paris are closed but these will reopen in time ready to welcome eager tourists.

Follow @BizReviewEurope and read the latest issue of the magazine