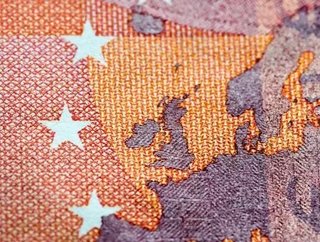 The European Union's Non-Financial Reporting Directive will see at least 6,000 companies across Europe change their reporting during the next 12 months.

As a former Member of the European Parliament, I was deeply proud to have helped steer agreement of the Directive.

Now, as the CEO of the International Integrated Reporting Council, I am equally proud to be working so that companies can effectively implement it.

The European Commission's guidelines on implementing the new rules - published recently - maintain the principles-based approach, which reflect the spirit in which the Directive was agreed.

This initiative should not be seen as adding to reporting burden for companies, but of encouraging them to adapt their existing reporting to reflect the broader, long-term vision for their company and the resources and relationships they use in the world.

But it is about money too.

As the parallel work being conducted by the EU Expert Group on Sustainable Finance is proving, the EU may have traditionally used the term 'non-financial reporting' to ascribe value to what are sometimes called intangibles, sometimes externalities. But the conception of integrated reporting is that these can be intensely financial - but sometimes only in the longer term.

A Eurosif survey found that 83 of 90 European institutional investors asked, said they both supported the Directive and believe it should lead to integration with financial information.

As I said at a 200-strong conference in Brussels last week to discuss the new guidelines, organised in conjunction with ACCA, Aviva Global Investors and Barclays Bank, it is still possible to comply with the Directive by sticking to the old 'tick box' mentality.

But that would be a huge mistake.

My appeal is for companies themselves to uphold the spirit behind the Directive, which offers a unique opportunity for European businesses to genuinely integrate financial and non-financial information in their reporting.

That's not just about combining the two, but of genuinely integrating them.

To underline that this should not be about more reporting but better reporting, the guidelines also reflect the key objectives of integrated reporting for conciseness and materiality. They state, “The non-financial statement is also expected to be concise, and avoid immaterial information… Generic or boilerplate information that is not material should be avoided.”

I am delighted that many of the other aspects of the new guidelines similarly reflect principles of the International Framework.

This ranges from the information provided being forward-looking, addressing risk and describing the business model.

Above all, the Commission underlines the potential to make this an integrated part of the management report.

However, I am clear that the European Commission is right not to say any one framework on its own is preferred to implement the Directive.  As the convenor of the global Corporate Reporting Dialogue, we both ask companies to move towards integrated reporting, but also are driving the process with our partners for today's different voluntary frameworks for corporate reporting to align - to make it easier and clearer for businesses to embrace a new approach to non-financial information.

With the European Directive successfully transposed in the vast majority of EU member states, companies right now are collecting information for their first reports which will start to be published this time next year.

Just last month, Italian insurance company Unipol released its first integrated report.  Interestingly, to my knowledge, it is the first company report anywhere in Europe to say that the report already complies with the EU's Non-Financial Reporting Directive.

And this is a global movement. It is already the leading practice in Japan, mandatory in South Africa, endorsed by the Chinese Ministry of Finance, recommended for the top 500 listed companies by India's securities regulator, part of stock exchange listing rules in Brazil.

But the opportunity of the EU Directive is that those 6,000 European companies are changing their reporting this year and next year.

They are thinking about it and it is a huge moment to say that this thinking should be integrated thinking.

And that Non-Financial Reporting should become integrated reporting.

Through our Business Networks, our training programmes, and our champions in every market in Europe, the IIRC will work - with our partners - to support this.

I am clear that this an encouragement for business to introduce integrated reporting, not a requirement.  But it is a clear encouragement.

In the German Parliament, the Bundestag, there was a specific debate about whether Integrated Reporting complied with the Directive, and an actual change to the transposition of the text in Germany to underline that it does.

That applies across Europe, without any change to the wording.

The European Commission's official commentary to the Directive cites the "great interest" in integrated reporting and the new guidelines specifically cite the International Framework.

The European Commission specifically described integrated reporting as a "step ahead".

My message to European companies considering how you implement the Non-Financial Reporting Directive is: "Take that step."