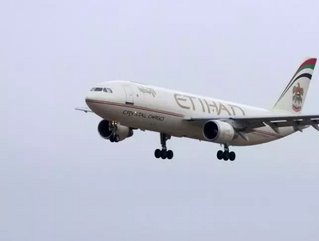 Etihad Airways, the national airline of the United Arab Emirates, achieved its strongest financial results to date in 2014, posting a net profit of $73 million on total revenues of $7.6 billion, up 52.1 percent and 26.7 percent respectively over the previous year.

James Hogan, President and Chief Executive Officer of Etihad Airways, said: “Our shareholder has set a clear commercial mandate for this business and we continue to deliver against that mandate. Our focus is on sustainable profitability and our fourth year of net profits, at a time when we continue to invest in the new routes, new aircraft, new product and new infrastructure needed to compete effectively, shows we are serious about that goal.

“Our performance in 2014 has cemented Etihad Airways’ position as a best-in-class, profitable and self-sustaining international airline. We have continued to grow, not just in size, reputation and performance, but also in maturity, evolving from an airline to a diverse global aviation and tourism group. This has been achieved through a unique strategy that combines industry-leading organic growth with wide-ranging partnerships and minority equity investments in other airlines around the world.”

Etihad Airways carried a total of 14.8 million passengers in 2014, an increase of 22.3 percent year-on-year. The growth in passenger demand and revenue over the 12-month period continued to outstrip Etihad Airways’ capacity increase, highlighting the strength of its long-term growth strategy.

A key driver of Etihad Airways’ growth in 2014 was its partnership strategy, the company said, based on wide-ranging codeshares and its unique approach of minority equity investments in strategically important airlines. This has accelerated network growth, giving Etihad Airways the largest route network of any Middle Eastern carrier, reaching more than 500 destinations. It has boosted sales and marketing opportunities in key markets, as well as allowing significant business synergies and cost savings.