EU referendum: can business cope with uncertainty caused by democracy? 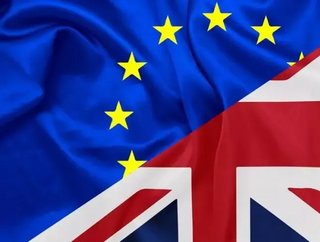 Both sides of the UK’s European Union referendum debate have been accused of cultivating fear with figures in a bid to sway the electorate on June 23. The leave campaign emerged victorious, with 52 percent of the vote.

The British Government’s civil service machine warned the public that each household will be £4,300 worse off if Brexit occurs, a claim that has been rubbished by leave campaigners who say that trading conditions with the continent will remain more or less the same – i.e. tariff free.

It is perhaps little wonder that this inevitable battle of statistics has led many people, businesses included, into a state of unease as to what might happen in the event of either outcome. Will we pay the price for leaving? Will we miss out if we remain?

This uncertainty alone, regardless of the result, is already having an impact on the decision making of many businesses, especially SMEs, who must be prepared for either outcome. One thing that we can be more certain about is that the result is likely to be close, if the polls can be trusted.

A report by World First, the Global Trade Barometer, highlights how uncertainty around the outcome of the EU referendum is leaving UK SMEs reluctant to commit to long term currency contracts, with a total of £35.6bn in international payments potentially exposed to currency swings.

The report, which combines World First’s own data and a YouGov survey of 730 UK SMEs, reveals how exchange rate fluctuations affect UK businesses with one in four reporting a negative impact in Q1 2016 and 15% stating that volatility has impacted investment decisions to support growth.

Commenting on the report, Jeremy Cook, Chief Economist at World First said: “The uncertainty around the outcome of the EU referendum has hindered SMEs’ ability to plan ahead and this is typified by indecision amongst SMEs during the quarter when it comes to managing their currency strategies. The fear is that by failing to hedge themselves much beyond June 23rd many UK SMEs are putting themselves at the mercy of large currency swings which could be detrimental to their business and the wider economy.”

This inevitable fact warfare is likely to result in gut instinct and emotion dictating the vote of a large number of the UK electorate, which throws up even more questions than answers. The campaign throws up a challenge to business and commerce at large – to better prepare for change caused by factors beyond market control i.e. the democratic process.