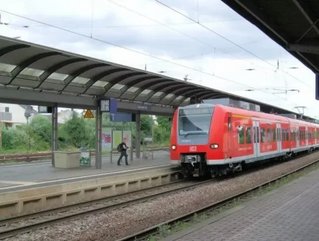 The opening of the rail transport market has helped to significantly boost the share of non-federally owned railways in regional passenger transport (2013: 26.4 percent) and freight transport (33.2 percent).

Performance in these two segments has increased in recent years, too. The factors necessary to enable a continuation of this trend are higher investment in rail infrastructure and dependably predictable grants for regional transport.

The railway reform that commenced in Germany in 1994 and the ongoing liberalisation of the railway markets at the European level have considerably intensified competition in the German rail transport segment.

In the year of the reform the market share of non-federally owned railways in total regional rail passenger transport was only 2.4 percent. Ten years on, i.e. in 2004, the figure was close to 12 percent, and in 2013 the privately owned railways already claimed 26.4 percent of the market.

This trend is not confined to regional rail passenger transport. It can be recognised in freight transport, too, with the share of privately owned railways here having increased even more rapidly, in fact, in recent years. Whereas the private companies claimed barely 1.2 percent of the market in 1994 and 9.6 percent in 2004, the share exceeded 33 percent in 2013.

The more intensive competition has impacted positively on transport supply, efficiency of service provision and ultimately on transport performance in these two segments: in regional rail passenger transport, performance was up by over 25 percent in 2013 on the 2005 level. In freight transport, the increase was no less than 19 percent. In fact, freight transport suffered a temporary slump in crisis year 2009; however, it has recovered in the meantime.

An interesting aspect of secondary importance in this connection is that transport performance in the long-distance rail passenger segment, where non-federally owned railways are still not significant players, has hardly climbed at all in a longer-term comparison.

True, there are several reasons for the differences in performance. However, there is no denying that competition is obviously good for overall business.

On balance, both regional rail passenger and rail freight transport in Germany slightly increased their shares in the modal split – that is, in total transport volume – over the past few years and thus have held their own against cars and trucks, even though these continue to carry the bulk of traffic. Rail freight transport in particular had to digest losses of market share nearly constantly over the second half of the past century.

Investment in rail infrastructure must increase

One major reason that politicians have traditionally pursued the objective of shifting more traffic onto the rails is ecological considerations. The opening of the market was an important step to this end, as it helped to boost rail transport performance.

In future, however, higher investment in the networks will be required to enable a continuation of this trend. The Daehre Commission report of 2012, a government-mandated analysis of future financing of transport infrastructure, for example, estimated that the amount needed to replace or upgrade rail infrastructure alone would total €1.4 billion per year.

The net fixed assets and modernity of the rail network in Germany have been in a state of decline ever since the mid-2000s. It is a step in the right direction that the federal government has earmarked an additional €250 million in funding for the existing network in both 2013 and 2014; this represents a 10 percent increase.

Nonetheless, permanently higher federal grants would be advisable, not least because of rising construction costs.

Fundamentally, measures to maintain and renew the rail infrastructure will be more important than new building projects going forward. After all, the tracks and points in Germany are roughly 20 years old on average; in fact, the average age of Germany's railway bridges is over 56.

Furthermore, network bottlenecks that are impeding the growth of regional rail services need to be eliminated. This applies in freight transport, for instance, not only to the links between the seaports and railway network in Germany, but also in the Netherlands and Belgium (seaport hinterland traffic).

So the regionalisation funds are primarily deployed to fund actual transport services and only to a small degree to fund investments in infrastructure. Recently, the Conference of the Länder Ministers of Transport called, inter alia, for the regionalisation funds to be boosted from €7.3 billion per year now to €8.5 billion from 2015, and for them to be increased dynamically in future.

Given rising costs (e.g. for staff, energy and the use of stretches of track) and years of increasing traffic volumes in regional rail passenger transport (buzzword: urbanisation), this demand is understandable. Related draft legislation is to be submitted to the Bundesrat (second chamber of the German parliament representing the Länder), accordingly.

A further unresolved issue is the future funding of infrastructure under the Gemeindeverkehrsfinanzierungsgesetz (municipal transport financing law, or GVFG) and the Entflechtungsgesetz (unbundling law).

The GVFG and Entflechtungsgesetz funds flow from the federal government to the Länder and currently total close to €1.7 billion per year. They are used to develop municipal transport infrastructure – i.e. also for local public transport.

However, both programmes will expire at the end of 2019. A follow-up arrangement ought to be hammered out before the current legislative period ends in order to avoid delays in the planning of major projects in particular. According to its coalition agreement, the current German government has committed to seek reliable follow-up funding for the GVFG federal programme for the period after 2019. This declared objective should be implemented without delay.

On balance, the opening of the rail transport market has boosted the competitiveness of this mode of transport vis-à-vis road transport and helped to boost transport performance in the regional rail passenger and freight segments.

Higher investment in rail infrastructure and dependable figures for planning regionalisation funds are necessary to put this positive development on a firm foundation also on a medium-term horizon.