FEATURE: A Guide to the Principles of Islamic Finance 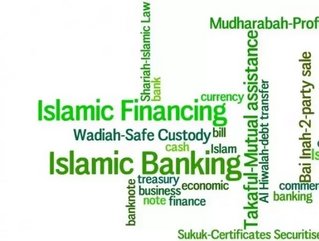 Shari'a is derived from Islamic sources including the holy Quran (the primary source), the sayings (Hadith) and the teachings (Sunnah).

Whilst not a codified body of law, certain principles must be complied with to ensure that any contract is Shari’a-compliant, or, in other words is compatible with the rules, principles and parameters of Islamic law. Fundamental principles include:

Non-adherence to any one of the above will be considered by Shari’a scholars and supervisory boards as rendering the whole transaction as null and void from a Shari’a perspective.

Shari’a supervisory boards are constituted of Islamic scholars with expertise in finance and Islamic commercial jurisprudence. They play a pivotal role in any transaction with an Islamic facet; providing sign off by way of a Fatwa (or opinion) that the transaction in question is Shari’a-compliant.

It is crucial that the Shari’a supervisory board (whether an in-house team or a third party institution specialising in such matters) is engaged early in any Islamic transaction giving investors reassurance and avoiding closing delays.

Differing views are held by many Shari’a supervisory board members when interpreting Shari’a principles, often resulting in discrepancies, or an inconsistency in the application of such principles in legal documentation within Islamic finance transactions.

Whilst there is a push for standardisation, many believe attaining the standardisation achieved in the conventional market (through the Loan Market Association standards) is a distant reality.

Thus, it is very important for ‘borrowing’ vehicles to ensure their internal governance is well maintained otherwise a transaction which had been signed off as Shari’a- compliant pre-closing could thereafter be regarded as non-Shari’a-compliant.

The final choice of Shari’a-compliant finance structure will depend upon, amongst others, the nature of the underlying assets and the business and the industry of the corporate or target, in addition to local law, regulatory and tax considerations. The main Islamic finance and investment instruments are: