Five things that have contributed to Next’s summer success 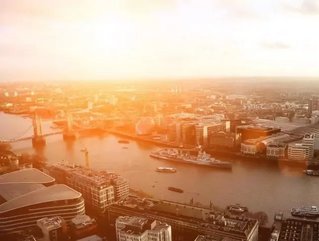 The major clothes retailer, Next, has announced better than anticipated sales this summer due to the sunny conditions, with its shares rising 7% in morning trading following the news of its positive results, BBC News reports.  With other UK businesses such as John Lewis, M&S and House of Fraser seeing a decline in sales; Next is bucking the trend. Business Chief Europe looks at five things that have contributed to Next’s profitable summer.

According to Met Office figures, this summer’s weather in the UK was the joint hottest ever on record with temperatures consistently reaching over 30°C. The conditions meant that Next saw a considerable increase in customers purchasing t-shirts, shorts and other summer clothing in order to make the most of the climate.

With online shopping becoming increasingly popular over the last few years, Next has seen its online figures rise 16.8% in comparison to its in-store sales which decreased 6.9% during the first six months of 2018. The figures saw the group achieve a total revenue growth of 3.9%.

With Brexit on its way to the UK, it could see the prices of Next’s products rise due to the company’s imports from the EU and Turkey. It is thought that prices could increase by up to £20mn ($26.2mn), according to This is Money. The nationwide change could have prompted customers to take advantage of Next’s prices in case of price hikes after Brexit.

The company works hard to ensure it is making a difference through its ethical trading priorities. Next aims to maintain the safety and human rights of workers within the firm’s product global supply chain. Next maintain a Code of Practice (COP) Principle Standards which helps to form an important part of the business and is overseen by the global COP team, with 93% of the factories manufacturing for the company audited.

Every year, Next holds a summer sale and offers 50% off childrenswear, homeware and clothing which encourages a dramatic surge in business. The sale, which commenced in July, began online a little earlier in 2018 which caused a large amount of traffic to the company’s website.