Fuel Hedging: Ryanair and Aer Lingus among Airlines to cash in on Low Oil Prices 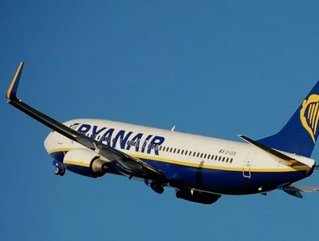 Airlines around the world will be taking advantage of dropping fuel prices by increasing their hedging activity as crude prices slide towards $40 a barrel.

European carriers Ryanair and Aer Lingus are looking to sure up their supplies until at least 2016, while Thai Airways wants to hedge all of its fuel purchases this year.

Fuel hedging is a contractual tool deployed by large fuel consuming companies, like airlines, to reduce their exposure to volatile and potentially rising fuel costs.

A fuel hedge contract allows a large fuel consuming company to establish a fixed or capped cost, via a commodity swap or option, thus reducing risk and ensuring supply for a number of years at an agreed price.

The opportunity presented by the increase in oil output coming from the Middle East and elsewhere is thus obvious, for it places buyers of fuel in a far stronger position than suppliers in a time where demand is being markedly outstripped by supply.

Prices will eventually be forced up again as the current oil output cannot be sustained at the current cost per barrel, and with jet fuel accounting for anywhere up to 50 percent of an airline’s operating costs, the time is ripe to cash in on lucrative hedge deals.

Some American carriers, including United Airlines, have missed out by hedging on higher prices, while others were wary to enter the market over the past six months. Air Berlin for example is considering reducing its hedging activity in this time of volatility – the opposite strategy of Michael O’Leary’s Ryanair.

According to Reuters, jet fuel prices have fallen by around half to $60 a barrel over the past six months.

According to Reuters Ryanair said in December, that in addition to current hedges, it was hedging 20 percent of its fuel purchases in the first half of the year to March 2017 at about $810 per tonne.

British Airways and Air France-KLM will not be making major changes to their hedging plans in response to the falling oil prices.