Groupe PSA announces its global sales rise by 38.1% in first half of the year 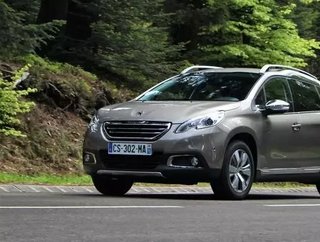 The French automobile manufacturer, Groupe PSA, has confirmed a 38.1% rise in its total global vehicle sales in the first half of 2018, compared to the same period of the previous year.

The firm sold 2,181,800 units in the first six months of the year, setting a new all-time record.

The sales growth has been linked to the launch of 13 SUV models from Peugeot, Citroën, DS Automobiles, Opel and Vauxhall.

With more than 609,300 SUVs sold, the vehicles accounted for almost 28% of the company’s total sales.

Peugeot led the sales of SUV units, having sold 339,200 vehicles in the six months to June – 55% of the group’s total figures, whilst also demonstrating a 26% increase of SUV sales compared to 2017.

“The first half of 2018 confirms the stellar momentum enjoyed by the Peugeot brand’s SUV range,” stated Jean-Philippe Imparato, CEO of Peugeot.

“With the pending launches of the new PEUGEOT 508 and the new PEUGEOT Rifter, we have all the assets we need to consolidate our performance in what promises to be an exciting second half.”