France is leading the global unicorn race in 2022 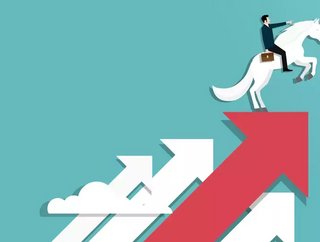 Just two weeks into 2022 and France had given birth to three unicorns, the most in Europe and worldwide, as it becomes a hothouse of startup talent

Happy New Year, happy new unicorns! That’s the message from France, which has scored a unicorn hat trick in the first two weeks of 2022, not only giving birth to the first European unicorn in 2022 (PayFit), but in under two weeks, creating three unicorns – startups valued at US$1bn of funding.

That’s more than any other country in Europe, or worldwide, with India and the US achieving just two unicorns each in the first two weeks of 2022.

Add to this the US$510m capital raised in a funding round by refurbished gadget marketplace Back Market on January 11, giving it a valuation of US$5.7bn (it became a unicorn in 2021) and making it France’s most valuable startup, and the coin try looks to be kicking off 2022 with funding fire in its belly.

French tech ecosystem is thriving – 2022 could be its year

Not bad for a country that was once seen as a place for startups to escape from. In 2020, France was lagging behind the UK and Germany in unicorns, with just nine startups valued at over US$1bn.

Fast forward to the start of 2022, and the count is more than triple that, at 34 unicorns, a reflection of a country that has rapidly matured its tech ecosystem in a short amount of time and has started churning out some of the fastest-growing companies in Europe, and the world.

With 34 homegrown unicorns, France has now surpassed Sweden and the Netherlands, 24 unicorns each, coming only second to Germany, which has 53.

It’s not surprising when you consider that VC investment in French startups has doubled in the past year alone to more than US$11.3bn in 2021, according to recent data from Dealroom.

This puts France in second place in Europe, head of Germany, but behind the UK. “France is becoming a startup nation,” says Paul-Francois Fournier, executive director of info nation Bpifrance. “We are now financing about 1,200 startups per year, compared to only 300 in 2013-2014, and a powerful venture capital industry is being created. The number of companies that find an investor has more than doubled between 2013 and 2020.”

And the capital being raised is getting bigger. 2021 was a record year for mega rounds, fundraising of at least US$200m, in France, with 11 out of the 15 rounds since 2016 taking place last year. This is in part due to an increase in funding from overseas with more and more American investors, in particular, looking to France.

According to the data, 60% of funds raised by French startups year-to-date have come from overseas with American (31.2%), European (19%) and Asian (3.3%) investors topping the list of non-French investors in 2021.

Among some of the French success stories in 2021 were fintech super-app Lydia, currently the second-most downloaded fintech app in France, which raised US$100m in a Series C round to reach unicorn status; employee benefits app Swile, which secured US$200m funding in a round led by SoftBank Group reaching unicorn status; and insurtech startup Leocare, which landed a total of €113m in venture capital in 2021 from investors including Felix Capital, Ventech and Daphni.

Having taken such a giant leap forward in 2021, and with a very promising start this year, 2022 looks good for the French startup scene with a possible decacorn on the cards (Qonto or Back Market?) and a number of potential unicorns (’Soonicorns’) waiting in the wings.

French government support and building of a burgeoning startup ecosystem

The country’s La French Tech initiative, launched in 2013, has seen funding and support for startups skyrocket, and it now has more than 21,774 startups and a 100-plus network of entrepreneurial communities worldwide, not to mention tech hubs throughout France. These ‘digital districts’ encourage startup success in 13 cities and four regions country-wide including in Breton capital Rennes, from where recent success startup story Leocare hails.

France’s increasing number of incubators, including Station F, credited with being the world’s biggest startup campus, home to more than 1,000 startups, is also helping to propel French startups forward. Opened in 2017, Station F offers affordable working spaces and facilities for startups alongside some of the world’s biggest names, including Microsoft, Google and L’Oreal. Other notable incubators include TechStars-Paris and Partech Shaker.

These are the three unicorns France has birthed in the first two weeks of 2022.

Becoming Europe’s first unicorn of 2022, HR tech PayFit secured US$289m in an early January funding round, led by General Atlantic, giving it a €1.82bn valuation. The SaaS platform has now raised €433m in funding since its founding in 2015, including a €90m Series D round last year. Beginning as a payroll platform for SMEs, PayFit has expanded to deal with a larger part of the HR stack and now has 6,000 clients, among them Revolut and Starling Bank, 550 employees and operates in France, Germany, Spain, Italy and the UK. The startup will use the funding to recruit a further 400 members of staff, improve its customer service and software, and expand into new European countries.

Marking France’s second unicorn of 2022, Paris-based Ankorstore achieved a valuation of €1.75bn valuation after raising €250m in new investment led by Bond and Tiger Global. This follows Ankorstore’s Series B capital raise of €365m in May. Founded in 2019, Ankorstore runs an online marketplace where up-and-coming brands can sell directly to independent shops, allowing them to sell more varied and interesting stock and be more agile with the products they choose. Now active in 23 countries, with offices in Paris, London, Berlin, Amsterdam and Stockholm, and 400 employees, Ankorstore has 200,000 retailers using its platform with brands covering everything from homeware to toys, beauty to fashion. Its mission is to empower local retailers to complete with Amazon.

Five-year-old business banking startup Qonto raised US$552m in a Series D funding round on January 10, giving the French fintech a US$5bn valuation, and making it one of the largest rounds the French tech ecosystem has seen to date. This latest round was led by Tiger Global and TCV, joining existing investors Tencent and DST Global, and following its US$400m Series D funding round last year, one of the top three French funding rounds in 2021. Born in France as a simple bank account, Qonto, now operating in France, Germany, Italy and Spain, has three products rolled into one service, giving companies (mainly SMEs and freelancers) a spend management solution with bookkeeping and accounting included. The challenger bank has 220,000 clients under its banking belt, with a goal to reach one million by 2025, and with the latest funding is planning to grow its team from 500 to 2,000 by 2025, and to enter new markets in 2023.