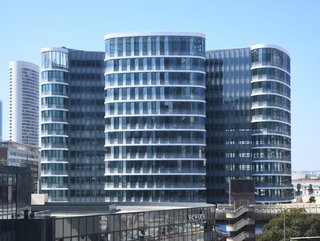 The French government has unveiled a cyber city, designed to bring together public and private sectors to collaboratively tackle cyber attacks.

This comes on the back of a record year for ransomware attacks and more recently as governments worldwide, but especially those in Europe, prepare themselves for possible cyberattacks from Moscow in retaliation for Ukraine sanctions.

Dubbed the Cyber Campus, and located near Paris’ La Defense business district, this new cyber city arrives a year after the launch of France’s cybersecurity strategy.

The strategy is a €1bn initiative designed to both improve the country’s resilience and build its cyber industry, as the government looks to triple the revenue in the cybersecurity sector to €25bn in the coming years, double the number of jobs to 75,000 and produce new French cybersecurity ‘unicorns’.

2021 was a record-breaking year worldwide for cybersecurity startups, raising a “record-shattering” US$29.5bn in VC, more than doubling the US$12bn raised in 2020, according to data from Momentum Cyber.

Among some of the French cybersecurity startups already making an impact is Paris-based YesWeHack which landed €16m in July 2021; Paris-based GitGuardian which closed a US$44m Series B round in December last year; and Stoik, a new French startup that wants to protect SMEs against cybersecurity incidents with its offer of insurance products and a service that monitors your attack surface. Stoik recently raised a US$4.3m seed round.

Cyber Campus is a collective initiative for cybersecurity

It is in the just-opened, 13-storey Cyber Campus that the French government’s cyber strategy will be achieved – as it brings together private companies, both large corporations and startups, public bodies, government departments, cyber researchers and students to pool resources and collaborate.

Taking a multi-disciplinary approach, the Cyber Campus not only encourages collaboration between private and public sectors to tackle the growing threat of cyberattacks but brings together the best minds in the industry to ensure France becomes a hotspot for cyber innovation. It will also provide a place for professional skills development and for developing awareness publicly.

French corporations such as Orange, Capgemini, Thales and Atos have signed up, along with numerous cyber-related startups, research organisations, and government departments including the cyber defence department.

As Major Marc Boget, a commander in the gendarmerie in charge of cyber security at the Campus Cyber told France Info: “The collaborative spirit is fundamental, because there are no borders in the cyber world. All players must cooperate, whether in terms of innovation or day-to-day work”.

Increasing cyberattacks worldwide and in France

And it’s an area that urgently demands cooperation given the increasing threat it is posing globally.

Cyberattacks have become the number-one business concern of the world’s top company executives, according to a survey by PwC. This comes as the number of cyberattacks have exploded in recent years, especially since the pandemic.

In fact, one in four French companies were affected by ransomware in 2020, according to CESIN, with 25 major cyberattacks carried out against French hospitals in 2020.

“Every 11 seconds, there is a ransomware attack somewhere in the world,” Boget continued. “We’ve noted a multiplication by nine in the number of attacks against the Winter Olympics in Beijing, and we’re expecting a similar situation in Paris in 2024. We’re getting ready to block them.”

France’s unveiling of its cyber strategy and city follows a similar set-up to one in Israel eight years ago.

A joint venture between the government’s National Cyber Bureau, the University of the Negev and Beer Shev Municipality, where the campus is located, CyberSpark is Israel’s government-run non-profit dedicated to coordinating the country’s cybersecurity industry.

Now running for eight years, the campus has certainly delivered on what it set out to achieve, with the country having become a world leader in cybersecurity, accounting for the second-largest number of cybersecurity deals globally behind the US.

In 2021 alone, Israeli cybersecurity startups raised a stunning US$8.84bn, more than triple the amount in 2020