How are Apple and Amazon able to Evade Corporation Tax in Europe? 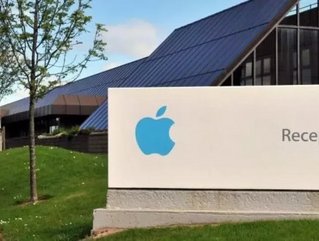 The European Union is making clear its intention to clamp down on blue chip companies not paying their fair share of corporation taxes.

In recent weeks it has opened up investigations into two of the world’s largest and most well-known brands, technology giant Apple and e-commerce dominator Amazon.

The former faces an €8 billion fine relating to its dealings in Ireland, while Amazon is being probed into its arrangements with Luxembourg, the country that handles the lion's share of its European profits.

Both companies are thought to be breaking state aid regulations, but in different ways.

While Apple’s corporate structure allows it to keep tax-deductible costs in high-tax countries while passing profits through low-tax Ireland, Amazon’s arrangements allow its Luxembourg unit to pay a royalty to its parent and thus channel profit out of Europe.

The Apple case is particularly intriguing. It has been made clear for some time that the company has an abnormal tax situation in Ireland, brought to light by investigations in America, unhappy that profits had been channelled away into the newly-fashionable European technology hub of Dublin.

Ireland is able to take profits made from sales in other countries thanks to its various business channels.

For example, an iPad bought in America could involve payment to a manufacturing subsidiary while also paying fees to another subsidiary in Ireland as part of an intellectual property cost-sharing agreement.

The Irish government denies any favourable tax arrangements for Apple and says that the company is being taxed appropriately.

Some commentators tracing back as far as 1990 believe their deals are based on what profit is relevant to activity in Ireland, which leads one to ask why companies are allowed to channel profits into countries irrelevant to its origin.

The European Commission remains defiant, and will continue to push such companies as far as they can.

Commission Vice President in charge of competition policy Joaquín Almunia said: "National authorities must not allow selected companies to understate their taxable profits by using favourable calculation methods. It is only fair that subsidiaries of multinational companies pay their share of taxes and do not receive preferential treatment which could amount to hidden subsidies.”