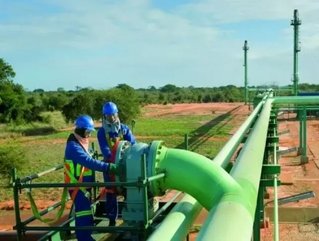 Jordan will be supplied $15 billion worth of natural gas over the next 15 years by neighbours Israel in a deal which was signed by a cluster of companies earlier this week.

The agreement sees a group of Israeli companies strike an accord with Jordan’s partially state-owned National Electric Power Company.

According the Wall Street Journal, the $15 billion contract will mean that Israel becomes Jordan’s largest energy supplier, with the latter buying 45 billion cubic metres of natural gas over the next 15 years.

The gas will be extracted from the Leviathan gas field, a large field in waters around 130 kilometres west of Haifa, which is also the site where the Palestine Power Generation Company will be buying from.

Jordan is highly dependent on importing its energy resources, producing only three percent itself.

The country received a setback earlier this year when Egypt decided to cease gas exports into Jordan, a 15-year agreement signed in 2001 being broken with the pipeline in question frequently targeted for attack.

Power cuts have characterised the energy situation in the country for several years and prices increased in June, forcing increased cooperation with other neighbouring countries.