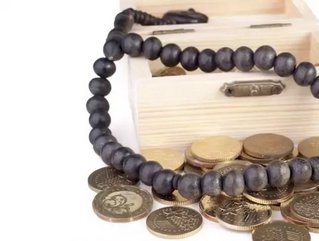 The international law firm King & Spalding has been advising Arabian Company for Water and Power Development (ACWA) on the Islamic financing for a new $2 billion industrial gases project in Saudi Arabia. The project, which is being financed by a $1.7 billion debt package from a group of ten banks, is the first industrial gases project to be financed exclusively on an Islamic finance basis.

The project — the largest of its type in the world — is for the construction of an air separation unit (ASU) and the supply of industrial gases to state-owned oil company, Saudi Aramco. The supply of gases will be used as feedstock for Saudi Aramco’s new 400,000 barrel per day oil refinery and 4,000 MW integrated gasification combined cycle power plant at the Jazan Economic City, one of a number of high profile economic cities in the Kingdom designed to boost employment and expand the country’s industrial basis.

Saudi Aramco outsourced the project to ACWA and Air Products and Chemicals Inc., which were awarded the contract to construct, finance, own and operate the scheme earlier this year. The deal is part of a wider programme to encourage more private sector investment in Saudi Arabia. A group of 10 banks, including Saudi Arabian lenders alongside international banks Mizuho, Bank of Tokyo Mitsubishi, Societe Generale, Sumitomo Mitsui Banking Corporation and First Gulf Bank, provided the debt. Financial close occurred on July 1.

Leroy Levy, partner at King & Spalding, who led the legal team, said: “This is the world’s largest industrial gases project and the first to be financed on an Islamic project financing basis. This financing and the involvement of international lenders shows just how significant — and genuinely global — the Islamic finance market has become. The appetite of conventional lenders for Islamic finance and Shari’ah-compliant projects is also growing and this project is a major boost for the finance markets.”

Dubai-based Levy led the multi-office King & Spalding team that worked on the financing as well as the procurement of the project on behalf of ACWA. Other partners on the instruction included Zaid Al-Farisi (Riyadh) and Mike Rainey (London), who worked on the project financing. Other lawyers involved included Jonathan Katz, Alex Blomfield, Ciaran Boyle, Mona Katigbak, Jill McWhirter, Brian Pierce, Usman Ahmad and Rory Connor. King & Spalding’s Dubai, Riyadh, Houston, London and Singapore offices were involved in the project and financing.

“We expect that there will be more industrial-scale energy projects such as this one and our team is grateful for the opportunity to be at the forefront of this industry trend in the region,” said Isam Salah, head of King & Spalding’s Middle East & Islamic Finance Practice Group.