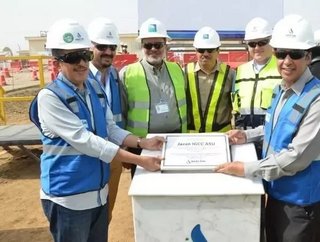 Work has started on the world’s biggest industrial gas complex, a $2.1 billion project in the Saudi Arabian city of Jazan.

The air separation unit, being constructed by Jazan Gas Projects Company, a joint venture owned by ACWA Holding (75 percent) and Air Products (25 percent), will supply Saudi Aramco with oxygen and nitrogen for its new large oil refinery. Being built at Jazan Economic City (JEC), this refinery will have a 2.4GW integrated gasification combined cycle power plant that will supply power, steam, hydrogen and water to the refinery as well as power to the JEC and national grid.

Mohammad Abunayyan, Chairman of the Jazan Gas Projects Company Board and Chairman of ACWA Holding Board, said: "Since the contract was awarded, we're very proud to have demonstrated outstanding infrastructure financing which has enabled us to be well advanced with the build schedule. We have also recruited a highly skilled team to manage operations and underpin our values for exceptional quality and customer service. Construction on-site started a month earlier than planned, initial drawings have been issued and we have a clear plan of mobilisation to Jazan from this date."

The JEC is part of a strategic development by the Saudi government intended to provide economic stimulus to Jazan Province, through large-scale business, industrial, residential and commercial growth.  It is on the Red Sea Coast, approximately 50km North of the existing city of Jazan, where there is a commercial airport and a small commercial port, known as Jazan Port.