Leading banks team up to fast-track development in Africa 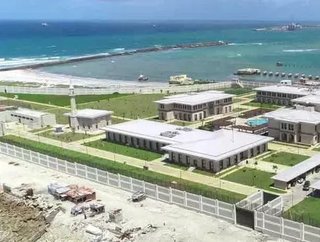 Building on a track record of joint support in Africa, two banks partner to boost investment with a focus on sustainability, health and financial inclus...

The African Development Bank (AfDB) and the European Investment Bank (EIB) have partnered on a Joint Action Plan with the aim of fostering fast-track development across Africa.

The signing of this highly anticipated Joint Action Plan comes in the wake of the pandemic whose negative effects are sweeping the continent, and follows years of continued cooperation by the banks to jointly support high-impact and pioneering investment in Africa.

In the last five years alone, the banks have grown a shared portfolio to €3.4bn, leveraging investment that totals €10.2bn for 26 projects, from increasing venture capital financing for innovation and tech companies through the Boost Africa initiative to financing climate and energy initiatives in the Sahel region.

Realising the potential for public banks to accelerate financing in priority policy areas, and following a delegation meeting of AfDB and EIB in February 2020, the Joint Action Plan was established.

Reflecting a shared vision, goals and priorities, the Joint Action Plan will enable the sharing of a pipeline of bankable investment projects around mutually agreed areas, with a strong shared emphasis on boosting public and private sector investment in Africa.

The partnership comes amid the ongoing COVID-19 pandemic which is increasing poverty across the African continent and threatening markets and livelihoods, heightening the urgency for action.

Commenting on the priorities of the Joint Action Plan, African Development Bank’s Acting Senior VP Bajabulile Swazi Tshabalala stated that sustainable economic growth and security in regions facing particular challenges, such as the Sahel and Horn of Africa, were top ot the list.

“It is crucial that more multinational development banks and other development finance institutions commit to closer and stronger collaboration in order to more efficiently and effectively support our regional member countries during these troubling times,” he added.

The plan reflects AfDB’s High 5 development priority areas as well as EIB’s priority areas for Africa, with both institutions having devoted financing for rapid response to meet budgetary and health needs of African countries in the wake of COVID-19.

Among agreed investment themes are climate action and environmental sustainability, health, education and training, and financial inclusion with a gender lens aimed at the empowerment of girls and women. Further project areas include transformative large-scale quality infrastructure investment and ICT infrastructure and services.

According to Thomas Ostros, European Investment VP at EIB , the Action Plan “demonstrates the firm commitment of the European Investment Bank, the EU Bank, to delivering investment that makes a real difference to Africa” and together the EIB and AfDB intend to “enhance cooperation and engagement with African partners to ensure that Africa emerges from the health, social and economic challenges of COVID-19 to an even brighter 21st Century”.

Building on track record of joint support across Africa

Recognising the unique role of publicly owned development banks in pioneering investment and mobilising private sector financing, EIB and AfDB have grown their shared portfolio to €3.4bn, leveraging investment totalling €10.2bn for 26 projects across Africa, including commitment to the Desert to Power programme .

Thie unique financial and technical contribution of public banks was further demonstrated earlier this month when the EIB and AfDB Presidents confirmed enhanced support for biodiversity and investment across the Sahel under the Great Green Wall initiative confirmed at the One Planet summit hosted by the French President Macron and Prince Charles.

In recent years the EIB and AfDB have jointly supported clean energy, water, transport and private sector projects across the continent, from Morocco in the north and Senegal in the West, to Kenya in the East and Zambia in the South, and elsewhere across Africa.

The African Development Bank Group and the European Investment Bank have a long history of cooperation, framed by their relationship as Multilateral Development Banks and a Memorandum of Understanding on an Enhanced Strategic Partnership, signed in 2005, between the EIB, the AfDB and the European Commission. They have also signed a Procedural Framework for co-financed public sector projects.