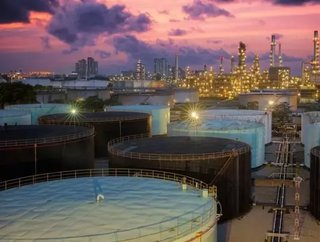 Historically, one of the key strengths of the Saudi economy has been its almost total absence of debt, with outstanding public debt sitting at below five percent of gross domestic product – one of the best ratios in the world.

However, recent news reports suggest the government is in discussions for an international loan in its first significant foreign borrowing for more than a decade. Ratings agency Standards & Poor’s estimates that the Kingdom will issue up to $31 billion in debt in 2016, as it strives to manage the fiscal deficit caused by the fall in oil prices.

The oil prices are affecting the region as a whole but it’s also having an effect on businesses too. Many companies are also reviewing their debt options, looking to ensure they have sufficient liquidity as the economy goes through a turbulent period. This change in direction raises challenges for Saudi Arabia, but also opens significant opportunities for the financial sector.

Richard F. Lacaille, Global Chief Investment Officer of State Street Global Advisors said: “We believe we will see a sixth year of below-average global growth in 2016 as well as modest returns from risk assets in the absence of a ‘consumer of last resort’ and the waning ability of central banks to boost asset prices. As a result, investors will need to eke out extra returns through insightful investment strategies.

“While valuations in some emerging markets look attractive, investors will continue to focus on real signs of economic and political reform, strong corporate governance and returns potentially less correlated with macro risks.  With potentially transformative changes underway in the region, we think the Middle East in general and Saudi Arabia in particular may offer attractive investment opportunities.”

A special panel discussion at the 2016 Euromoney Saudi Arabia Conference, which takes place from 3-4 May in Riyadh, will examine the future of the KSA debt market, with a particular focus on the viability of loans versus bonds in the current period, as well as a review of concerns over tightening liquidity.

Richard Banks, Consulting Editor of Euromoney Conferences and Managing Director of RMBanks & Co. Ltd, said: “The emergence of debt as a factor in the direction of the Kingdom’s economy and financial sector is a development of historic proportions, and one which will have major implications for banks and global lenders.”

“By bringing together representatives of major global banks with leaders from many of Saudi Arabia’s most prominent organisations, the Euromoney Saudi Arabia conference provides an important platform to discuss the challenges and opportunities of the current period.”