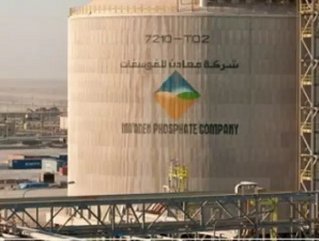 Saudi Arabian Mining Company (Ma’aden) has reported a nine-fold increase in net profit during the second quarter of this year in a remarkable turnaround in fortunes.

An increase in aluminium prices and a marked improvement in sales is behind the growth as the company made SAR 370.8 million in the three months to June 30, compared to just SAR 40.98 in that time last year.

Ma’aden did expect some increase in performance on 2013, which slumped because of a plant shutdown and falling gold prices, however it exceeded the expectations of all four analysts polled by Reuters who predicted it would make less than half of what it did.

The company is viewed as a welcome alternative to Saudi Arabia’s prominent oil export industry, with its $9 billion Waad al-Shimal minining project expected to deliver up to 16 million tonnes a year of phosphate products.

It is set to become operational in 2016 with the miner having signed $5 billion of loan financing for the scheme last month.

This increase in profits reverse what has been a negative trend. In four of the five previous quarters Ma’aden posted declining trends, with the anomalous quarter only being so because of a large one off gain on a joint venture.