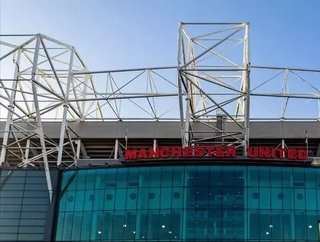 Using their ‘Royalty Relief’ approach, Brand Finance – one of the world’s leading brand valuation and strategy consultants - rated United’s brand at $1.73bn, a remarkable 48% increase on their 2016 figure and leaving them over $300m clear of nearest challengers Real Madrid.

As well as benefitting from huge television revenues, United have enjoyed further growth in Asia, with Brand Finance’s research confirming them as comfortably the most supported European football club in China.

Madrid did lead the way in the ‘Most Powerful Football Brands’ table, usurping fierce rivals FC Barcelona after a stunning campaign on the pitch that saw them claim both domestic and European honours.

A brand’s ‘power’ is calculated using Brand Finance’s Brand Strength Index (BSI), which analyses performance in three major areas: investment, brand equity and the impact of those on the business.

Metrics included within these categories include, among others, stadium capacity, social media presence and fan satisfaction as well as on pitch performance.

Madrid achieved a BSI score of 96.1 and a Brand Rating of AAA, with Barcelona ranking at 95.4 and German champions Bayern Munich coming in third at 92.1.

Clubs from seven different European countries featured in both tables. England was the most represented nation, with 17 of the 20 teams who competed in the 2016-17 Premier League campaign included in the ‘Most Valuable Football Brands’ top 50.

“It is becoming increasingly important for clubs, no matter what their size, to recognise the value of their brands,” said David Haigh, CEO of Brand Finance.

“Enduring fan loyalty, ever-increasing income from broadcasting rights and the deep pockets of owners can mean that brand is overlooked as an opportunity to maximise revenue by some major clubs.

“However, with the vast sponsorship deals agreed over the past couple of seasons such as Manchester United’s £52 million-a-year deal with Chevrolet, it is clear that harnessing your brand in the correct way can be hugely beneficial.”

United also came out on top of Forbes magazine’s most valuable football team rankings on Wednesday, with the club holding an overall value of $3.69bn.