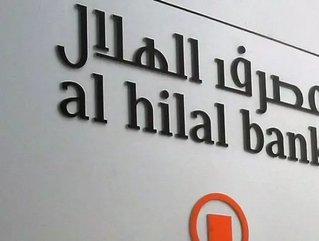 The news was confirmed on Thursday by a spokesperson for the bank, a body which is owned by the government of Abu Dhabi, United Arab Emirates.

It has also been confirmed that Sarie Ahmed Arar will take over as CEO for the time being, stepping up from the position of executive vice president of wholesale banking.

Berro was Al Hilal Bank’s first ever CEO, appointed back in February 2008 when the bank was first formed. It was founded by the Abu Dhabi Investment Council, an arm of the Abu Dhabi government.

The former boss’s previous role was at Jordan-based Arab Bank where he was global head for the personal banking group. Before this Berro worked at National Bank of Kuwait and Credit Agricole in Egypt – it is not known what personal reasons have resulted in him leaving Al Hilal Bank.

Al Hilal is one of the fastest growing banks in the region and employs over 800 staff members and currently provides Islamic Personal, Corporate, Treasury, Investment, and Wholesale banking services to almost 80,000 customers.

It was given an A1 rating by Moody’s Investors Service and an A+ rating by Fitch Ratings – the highest ratings awarded so far to an Islamic Bank in the UAE. Moody’s gave Al Hilal Bank an A1 rating with a stable outlook, citing the Bank’s robust franchise growth, the strength of its asset quality, advanced technology infrastructure and government support for the positive rating.