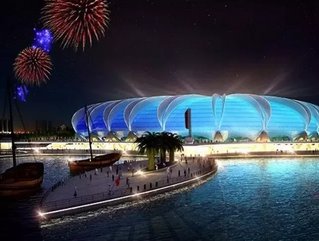 Qatar is the most expensive country in the Middle East to build according to the 2014 International Construction Costs Report released by Arcadis.

The 2022 World Cup host was followed by the UAE and Saudi Arabia as the priciest markets in the region.

Despite increasing instability in the wider Middle East, three trends are having a positive influence on levels of construction spend in the Gulf Region. The first is the continuation of high levels of investment on social infrastructure to service the growing population; the second is investment in economic diversification, exemplified by ambitious plans for transport investment such as the US$200 billion GCC rail network which is to link the likes of Saudi Arabia, Kuwait and Qatar.

Meanwhile, event-driven construction is also underpinning huge levels of growth in the region, and with Dubai securing the 2020 World Expo on top of Qatar’s World Cup success; this is a trend that will only strengthen over the next few years.

Whether the recent weakness in oil prices has a short or medium-term impact on construction spending plans will become clearer during 2015.

Of the OPEC members, Abu Dhabi, Qatar and Saudi Arabia are amongst the best placed to be able to continue to fund budget commitments, but with oil trading at under $80/barrel in 4Q 2014, and even lower now, it is possible that current and capital spending priorities may come under review in 2015.

As a region the Middle East is comparatively cheaper than elsewhere, especially Europe, as shown in the top 10 most expensive construction markets in the world shown below.