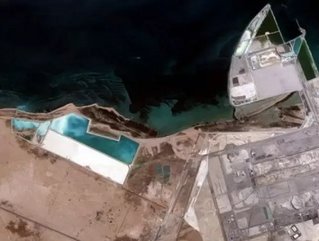 Qatar’s increasing investment in various transport projects looks set to widen the country’s economic base and reinforce integration of the GCC.

A report by the Centre for Economics and Business Research (CEBR) on behalf of the Institute of Chartered Accountants in England and Wales (ICAEW) found that Qatar’s rail and aviation sectors will greatly increase in significance in the coming years. Logistics is set to account for more than eight percent of GDP by 2018.

The report, titled “Economic Insight: Middle East Q3 2014”, said that the extra emphasis on transport will help the economy of Qatar to grow by 6.3 percent for 2014 and up towards seven percent for the following two years.

Michael Armstrong, ICAEW regional director for the Middle East, Africa and South Asia, said in the report: “While Qatar currently has the lowest level of intra-regional trade of all the GCC nations, exporting only one percent of total goods to the Middle East in 2013, this situation is expected to change significantly when the country’s rail and airport projects come on-line.

One of the most important projects ongoing is the New Port Project, south of Doha, the first phase of which is due to begin operations in 2016. The facility will cost $7.4 billion and its first phase capacity will see it handle two million containers annually.

The final facility will be able to handle six million containers and manage 2.7 million tonnes of grain and cargo combined each year.

In September, Qatar’s minister of transport, Jassim Saif Ahmed Al Sulaiti, told participants at an international infrastructure conference in South Korea that the country would be setting aside $140bn for transport and other infrastructure development projects over the coming five years.

Other projects in the pipeline include metro and rail network extensions and an expansion of Hamad International Airport.