Recovering from Recession: E-commerce in Eastern Europe to Hit EUR23 Billon for 2014 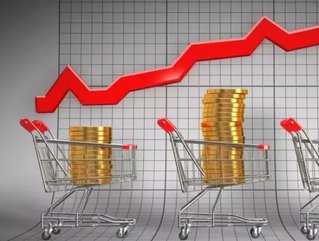 Sales generated by B2C e-commerce grew by 47 percent over the year 2013 with online turnover projected to hit €23 billion for 2014.

A report by Ecommerce Europe confirms that Eastern Europe is the fastest growing region on the continent, and also reveals that there is much more to be gained from sales activity on the web.

It says that only 34 million of the 135 million internet users are e-shoppers.

Although this does not match the output of Western and Southern Europe, the growth rate is certainly a positive sign, especially given that 100 million internet surfers have yet to be converted to shopping online.

READ MORE: Why the 47.8 Billion Euro E-commerce Market is the Saviour of Southern Europe

Russia is leading the Eastern European growth, amassing €15.5 billion in online turnover from its 24 million users who buy things on the web. This amounts to a massive 80 percent of the regional total.

Last year Russians spent on average €646 per head online, and was the fastest growing market (50.5 percent) with 59 percent of the population connected to the internet last year.

Ukraine ranked second with total sales of €1.8 billion, followed by Romania with an online turnover of €1 billion. Respective average spends per head were €617 and €400.