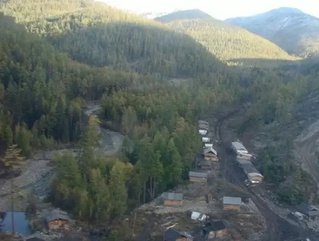 Amur Minerals Corporation has announced that proved and probable reserves at its Russian asset at Kun-Manie have increased by 25 percent, making it one of the world’s largest nickel sulphide projects.

The nickel and copper exploration and development company revealed that the site now contains 39.2 million ore tonnes, translating to 219,000 tonnes of nickel and 58,100 tonnes of copper. There is also potential for further expansion of reserves by positive infill drilling of inferred resources.

Around 80 percent of measured and inferred resources are mineable, with by-products of palladium and platinum set to both five million tonnes.

Robin Young, CEO of Amur Minerals Corporation, commented: "Having nearly a three quarter of a billion dollar EBITDA at today's metal prices is highly encouraging and supports the Board's belief that Kun-Manie will ultimately become one of the largest nickel sulphide projects in the world.

“In light of the fact that there are presently 70 million tonnes of inferred resource not available for inclusion in our current reserve assessment and that our historical infill drill success rate has been high, we anticipate an opportunity to take advantage of the economy of scale by increasing the annual production rate at Kun-Manie.

“And this does not include the substantial potential to define more resources by simple step out drilling down dip and along strike where the limits of mineral are not yet identified, which we believe the future expansion of resources and reserves to be substantial."

Kun-Manie is location in Amur Oblast, in the south east of Russia.