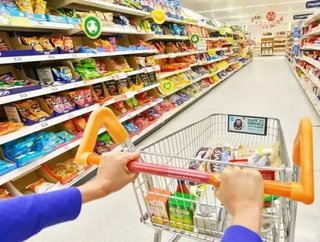 The firm, which is part of a two-way bid battle for Argos, said sales at stores open over a year rose 0.1 percent, excluding fuel, in the nine weeks to March 12, its fiscal fourth quarter.

That compared to analysts' forecasts in a range of flat to down 0.6 percent and a third quarter decline of 0.4 percent.

Sainsbury’s has managed to show greater resilience against the impact of budget supermarkets such as Aldi and Lidl than its big rivals. The market is to remain competitive as food deflation impacts sales growth but Sainsbury’s is confident it will continue to outperform its peers.

The supermarket needs to support its share price as over half its proposed offer for Home Retail is in equity. Both it and rival Home Retail suitor Steinhoff International, have until Friday to make a firm bid or walk away.

Frankfurt-listed Steinhoff, which already has a retail presence in the UK through Bensons Beds and the Harvey's furniture chain, proposed an all-cash offer of 175 pence for each Home Retail share last month, which trumped Sainsbury's earlier cash and shares approach, worth 173 pence at Monday's closing share price.