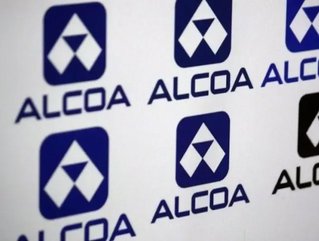 The Saudi Arabian Mining Company (Ma'aden) has now promised that its huge aluminium smelter, 25 percent owned with the American group Alcoa and run jointly, will exceed its design capacity of 740,000 tonnes by the end of 2015. The $10.8 billion project has been hailed as the world's largest vertically integrated aluminium complex and the lowest cost aluminium production complex within the world wide Alcoa system

The smelter came into commercial production last year. The alumina refinery, aluminium smelter and rolling mill are located at Ras Al Khair on the Gulf coast of Saudi Arabia, 90 kilometres north of Jubail. Bauxite ore transported by rail to Ras Al Khair is refined in the GCC's first alumina refinery to produce 1.8 million tonnes of alumina annually, which is processed in the smelter to produce aluminium. The rolling mill will focus initially on the production of sheet, end and tab stock for the manufacture of cans and other products including auto, construction and foil applications. The rolling mill will be one of the world's most technically advanced and will have the capacity to re-cycle aluminium scrap.

The smelter, currently in its commissioning phase, is expected to achieve production of 760,000 tonnes by the end of the year, according to Ma’aden senior vice president Thomas Walpole who was speaking at a conference in Dubai. "We have seen consistent performance in the last six months," he said.