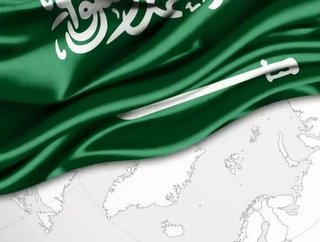 Saudi Arabia's stock market is allowing foreign investors to trade shares for the first time from today, in a move that will open the restrictive Islamic kingdom to the global economy. The Tadawul All-Shares Index, the Middle East’s largest exchange, began trading under the new rules at 0800 GMT.

The move is seen as a first step towards joining the MSCI Emerging Market Index by 2017, potentially raising the profile of markets in the Middle East and North Africa by as much as $1 trillion. However MSCI has said it will seek feedback on the accessibility of Tadawul before considering it for inclusion. Other regional markets including the UAE, Qatar and Egypt which have a combined market cap of $480 billion are already included in the MSCI Emerging Market Index, which captures large and mid-cap representation across 23 Emerging Markets (EM) countries. With 833 constituents, the index covers approximately 85 percent of the free float-adjusted market capitalisation in each country. With the addition of the $570 billion Saudi market, the Mena markets could top $1 trillion raising the region’s global financial profile.

The Riyadh-based Capital Market Authority has restricted direct trading to Qualified Foreign Investors (QFIs). To qualify, these investors must have must have a five-year track record, with around $5 billion under management. Each QFI can hold up to five percent of a stock, and QFIs and their clients together are restricted to 20 percent of any one listed company.

Six companies are excluded altogether: Makkah Construction & Development, Jabal Omar Development, Taiba Holding, Knowledge Economic, The Saudi Real Estate Company and The National Shipping Company of Saudi Arabia. Some have assets in the holy cities of Mecca or Medina from which non-Muslims are banned, others are classed as strategic industries.