Should More of Bankers' Pay be in Bonuses? 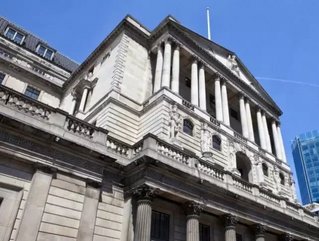 The UK banking sector has been the subject of public condemnation ever since the financial crash of 2008, receiving a maelstrom of intensely negative criticism and demands for radical change in the way that financial services operate.

Finally this is something recognised by Bank of England chief Mark Carney.

In a lecture titled The Future of Financial Reform, delivered for the Monetary Authority of Singapore, he states plainly that “the succession of scandals mean it is untenable now to argue that the problem is one of a few bad apples”.

Carney calls for deep cultural and institutional change, saying that fines for malpractice do little to restore public trust. And why should they? Many of the fines handed out will be seen by many as small change to banks, rather like football managers being fined for bad-mouthing referees in post-match interviews.

The EU has recently capped bonuses to 100 percent of banker salary, which understandably to some is still an unjustifiable amount, especially when some of the UK’s largest banks are still part owned by the public.

However, Carney believes that by capping bonuses in this way, too big a proportion of banker pay is tied up in the basic salary and thus not dependent on performance.

He ponders the idea of payment in forms other than hard cash, for example performance bonds which would involve being paid in debts which would reduce in the event of fines.

The concept of performance-related pay for the banking sector comes across as a sound one, for it surely incentivises sound decision making and a sense of responsibility. However, there are many questions to be answered.

Firstly, is the basic pay, which Carney touched upon, too high and already enough for bankers to adopt an overtly risky and irresponsible stance, knowing their salary will be delivered win, lose or bust? A bonus after all, is just that.

Second, is this element of performance related pay actually being related to performance? Many will argue that, in the midst of financial crisis comparable to the Wall Street Crash of 1939, this has not been the case. Banks will say that they need to attract the world’s top financial minds – the jury is out as to whether this can be seen in evidence.

Finally, is the EU cap enough? That an industry which handles the public’s money can double a salary via bonuses carries with it an intrinsic feel of discomfort. What other realms of business operate in the same way?