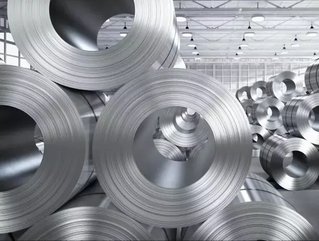 The proposed merger of Tata Steel and Thyssenkrupp's steel business in Europe is nearing its conclusion after the pair formed a definitive agreement.

Last September, Business Chief reported that the two giants had signed a Memorandum of Understanding (MoU) to go ahead with the merger, which is set to achieve joint sales of close to €15bn.

Now the deal has taken a major step forward with the agreement to create a new company titled Thyssenkrupp Tata Steel, which will focus on quality and technology leadership in the continent's steel sector.

There is expected to be up to 4,000 job losses in operations and support functions, however, which are likely to be shared roughly evenly between the two parties - though annual synergies of €400-€500mn plus synergies in capex and working capital optimisation are expected.

"With the joint venture we create a highly competitive European steel player – based on a strong industrial logic and strategic rationale," said Dr. Heinrich Hiesinger, CEO of Thyssenkrupp. "This will help secure jobs and value chains in European core industries.

"This not only addresses the challenges of the European steel industry. It is the only solution to create significant additional value of around €5bn for both Thyssenkrupp and Tata Steel due to joint synergies which cannot be realised in a stand-alone scenario. For both partners the stake in the joint venture means a significant lift up of value."